CPI rises slowly as people run out of money 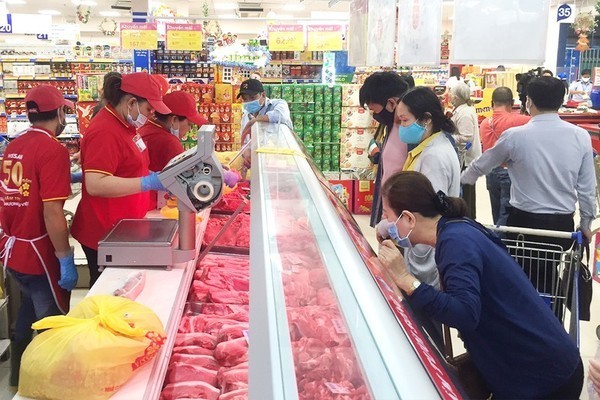 The General Statistics Office (GSO) has reported that the CPI increased by 1.47 percent in the first half of the year compared with the same period last year, the lowest increase since 2016.

The figure has surprised many people, because local media have reported sharp price increases of many products recently.

According to GSO, there were some factors that inhibited the CPI growth in H1. The prices of food products decreased by 39 percent compared with H1 2020, which caused the general CPI to decrease by 0.08 percentage point.

Meanwhile, people’s travel demand decreased because of the pandemic, which caused prices of package tours to fall by 2.85 percent.

Another reason behind the low CPI growth rate was the low demand. A representative of GSO said the total retail turnover of goods and services in H1 increased by 4.9 percent compared with 2020, which was a low growth rate if noting that the figures were always two-digit in 2018-2019.

According to Phu, many goods and logistics supply chains have been disrupted so far this year, which have affected the products that need transport means, thus pushing the prices up.

The low domestic demand was also cited by Nguyen Duc Do, deputy head of the Institute of Economics and Finance, to explain the low inflation rate at a workshop on market prices on July 2.

After analyzing a series of factors that may affect goods and services, Phu said businesses and consumers in the last months had to bear both reasonable and unreasonable price increases while tightening their purse strings.

However, the expert said this might not be the fault of the statistical agency. Some other economists also think the problem lies in the international method of choosing product items for calculating CPI and calculation method which are not completely suitable to Vietnam’s conditions.

“If unexpected things do not occur, the inflation rate of below 4 percent in 2021 is quite within reach,” said GSO General Director Nguyen Thi Huong.

The Department of Price Management said that the inflation risk in 2021 is not high and curbing the inflation rate at below 4 percent is quite feasible, if nothing special occurs.

“The Inflation control not only aims at fulfilling the targets assigned by NA, but also needs to satisfy the objectives of promoting growth, stabilizing the macro-economic foundation, supporting the fight against the epidemic, and serving as a leverage for production and business as well as stabilizing consumer psychology,” a representative of the department said.