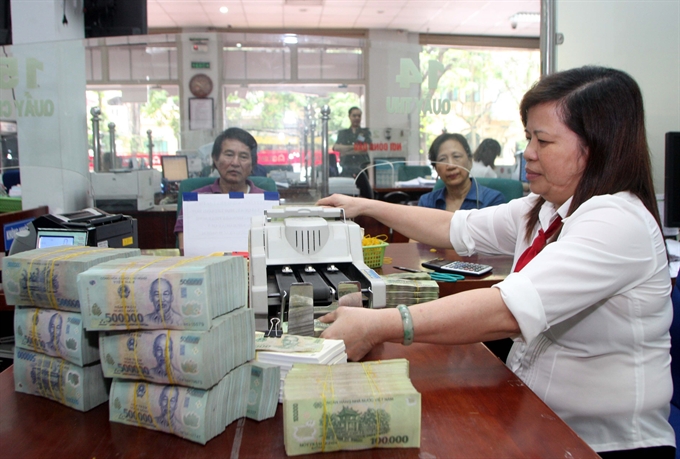 At a meeting held in Hanoi yesterday to review banking operations in H1 and outline plans for the rest months of the year, SBV deputy governor Nguyen Thi Hong said that liquidity of the banking system is good and becomes abundant while the inter-bank interest rate reduces as compared to the end of last year.

According to Hong, since the beginning of this year, keeping lending interest rate steady in 2016 has been considered a tough task for the central bank due to a forecast of rising inflation. However, the central bank will try to keep the rate stable in the late months of the year in a move to support business and production.

To meet the target, the central bank has so far taken measures to stabilise the deposit interest rates, which would help commercial banks cut the lending rate.

She said that in the rest months of the year SBV will continuously instruct commercial banks to balance their mobilised capital sources and lending capital sources to stabilise deposit interest rates.

Hong reported that the non-performing loans (NPL) ratio of the entire banking system by the end of June stood at 2.58 per cent, down against 2.78 per cent in May.

Commercial banks reported that they handled VND59.71 trillion (US$2.66 billion) of NPLs in the first half of the year, of which VND8.8 trillion were sold to the VietnamAsset Management Company.

It is possible to reach the central bank’s target to cut lending interest rates in the final months of the year to support business and production, according to the National Financial Supervisory Committee (NFSC).

Under the latest macro-economic report released this week, the Government’s financial watchdog NFSC noted that the cuts were possible due to many favourable conditions.

As noted in the report, liquidity at commercial banks is abundant, supporting the banks in lowering lending rates next month.

Statistics from the State Bank of Vietnam(SBV) also showed that overnight inter-bank rates, as of July 18, also fell 0.14 percentage points against June, the lowest level in recent years.

Further, SBV continued to withdraw more than VND26 trillion within some three weeks, from July 1 to July 22.

According to the NFSC report, pressure on interest rates has also been reduced thanks to positive results in G-bond issuances this year. The State Treasury of Vietnam has, so far, successfully issued total G-bonds worth roughly VND212 trillion, meeting 85 per cent of the annual plan.

Also, though inflation this year is forecast to be higher than last year, it is expected to remain at the low level of roughly 3.5 to 4 per cent, according to NFSC analysts.

The foreign exchange market this year has also been relatively stable and the forex rate is expected to rise by around 3 per cent in the second half of this year.

In addition, commercial banks have, so far, reported positive business performance results in the first half of the year, which will help the banks handle non-performing loans and cut operational costs.

According to NFSC analysts, thanks to the favourable conditions, commercial banks can cut lending rates in the last months of 2016. However, banks must also cut operating costs and speed up the handling of bad debts to better reduce costs, they said.