Credit sector to witness a boom in 2015

VietNamNet Bridge - Commercial banks have shown determination to increase lending in 2015, while businesses are believed to have better conditions to apply for loans.

VietNamNet Bridge - Commercial banks have shown determination to increase lending in 2015, while businesses are believed to have better conditions to apply for loans. 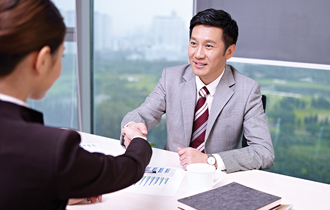 The information is “good news” in the eyes of economists. The recovery of Truong Thanh and others means that Vietnamese businesses will need capital to resume and expand their production, and they have become more eligible for bank loans.

A recently released report by the Central Institute of Economic Management (CIEM) predicted a brighter prospect for Vietnam’s economy in 2015, which could be why businesses think that it is now the right time to borrow money after a long period of high lending interest rates.

Meanwhile, the State Bank in January 2015 said that it hoped the lending interest rate would be cut by another 1-1.5 percentage points this year. The decrease was described as “reasonable” and “feasible”.

The commercial banks’ plan to push up lending is encouraged by the State Bank of Vietnam which has said that targeted credit growth rate could be raised to 17 percent from 14 percent. This means the State Bank has turned the green light on the banks’ plan on higher lending.

“Commercial banks tend to be more ‘daring’ in providing loans,” an analyst said. “It is understandable now that the banks now have strong liquidity.”

Analysts said the interest rates of preferential loans decreased from 9-12 percent per annum to 7-10 percent in 2014.

The average commercial loan interest rate is still high at about 10 percent for medium- and long-term loans.