Da Nang authorities are promoting tourism in many markets, including Thailand, Japan and Europe, in order to diversify sources of travelers and to not rely on Chinese and South Korean markets.

A report shows that in the first nine months of the year, the total number of travelers to Da Nang reached 7 million, an increase of 18.4 percent over the same period last year. These included 2.8 million foreign travelers, an increase of 20.9 percent. 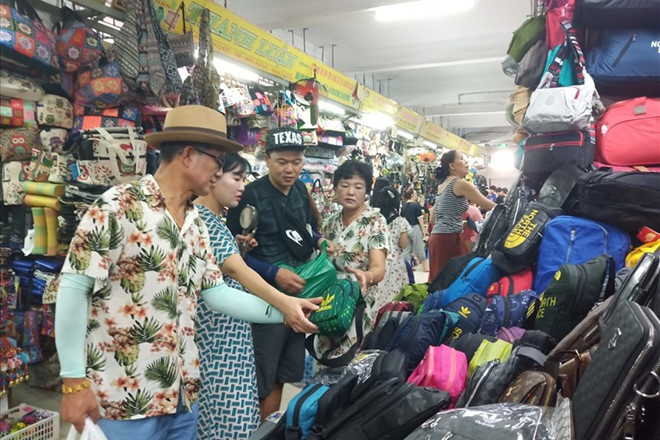 Most of the foreign travelers to Da Nang are from South Korea and China.

The number of South Korean travelers to the Danang, named the most livable city in Vietnam, in the first seven months of the year was over 1 million, which accounted for 57 percent, while the number of Chinese travelers was 500,000, or 26 percent.

As such, Thailand and Japan are the third and fourth biggest markets for Da Nang, but the total number of travelers from the two markets just account for 10 percent. Da Nang has been warned that if it cannot diversify sources of tourists, after a hot development period, the city may experience a ‘tourism crisis’ as happened in Nha Trang City in Khanh Hoa province.

According to Nguyen Minh Sang, director of International Travel, travel firms in Nha Trang once refused Chinese tourists as they had a high number of Russian travelers to serve.

Later, when Russia had an economic crisis, the number of Russian travelers dropped dramatically. Local travel firms then rushed to apply measures to lure travelers from other markets.

At this time, Da Nang is receiving big numbers of travelers from China and South Korea which bring high profits to travel firms. However, they do not want to rely on these two markets.

Cao Tri Dung, chair of the Da Nang Tourism Association, said that Da Nang can attract a high number of travelers from Northeast Asia because of its attractiveness in natural resources, infrastructure and service quality.

But there are risks, according to Dung, because Chinese and South Korean tourists alone account for more than 80 percent of total tourists. If something happens with these markets, such as political change and changes in travelers’ tastes, Da Nang’s tourism will suffer.

“The local authorities and travel firms are well aware of the risk, so we are applying necessary measures to expand sources of tourists,” Dung said.

Da Nang’s tourism, while trying to retain Chinese and South Korean markets, is promoting tourism in other markets and creating tourism products suitable to these markets.