Data sharing among state agencies yet to meet actual needs

One of the problems in building e-Government is the lack of data connection and sharing among state agencies, according to the Ministry of Information and Communications (MIC). 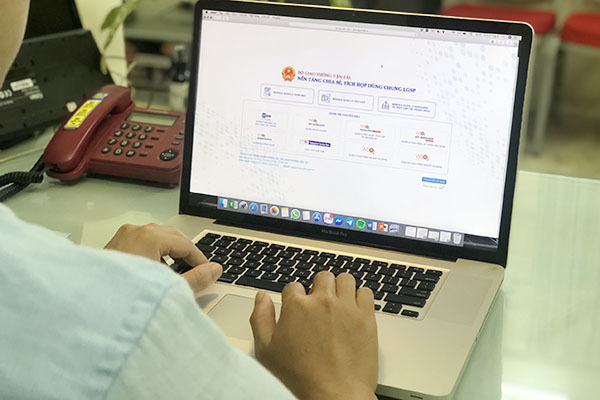 The Government Decree 47 released in 2020 on managing, connecting and sharing digital data among state agencies emphasizes ‘digital data’ to serve as the foundation for the development of digital Government.

Under the decree and the Vietnam e-Government Architecture Framework, the connection of information systems and databases among ministries, branches and localities on a national scale must be implemented through the National Data Exchange Platform (NDXP) built by MIC.

NDXP serves the connection, integration and sharing of data among ministries, branches and localities.

Since late 2020, all 22 ministries and ministerial-level agencies, and 63 cities and provinces have LGSP (Local Government Service Platform) which connect to NDXP.

According to the Authority of Information Technology Application (AITA), 220 information systems of agencies have connected with NDXP so far, including 85 LGSP of ministries, branches and localities, five databases and nine from-central-to-local information systems.

Since January, the total number of transactions carried out via NDXP has reached 64,023,858. The figure was 18,530,176 in October, three times higher than in September.

There are 200,000 transactions through NDXP every day.

MIC, when reviewing the implementation of the Government’s Resolution 17 on building e-government, pointed out that there are still shortcomings in data connection and sharing.

The connection, integration, and sharing of data among state agencies will help maximize data value. It will also improve the quality of public services provided to people and businesses, with users at the center.

It’s expected that by December 1, ministries will complete the connection and put into use at least the data services of the two systems - the national database on business registration and Vietnam Post’s public service system.

Meanwhile, cities and provinces will complete the connection and put into use the data services of four systems, including the national database on business registration, civil status registration and management system, a system that grants codes to units with relations to the budget, and Vietnam Post’s public service system.