Debate over pilots’ salaries heats up 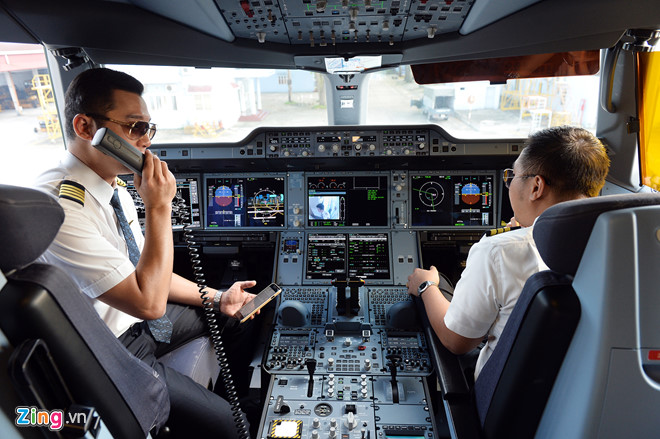 When 60 pilots said they wanted to resign because of low salaries, a Vietnam Airlines’ leader said:  “You guys get VND250-300 million a month. And you still complain about salary.”

He went on to say that new pilot graduates receive VND70-80 million a month, high pay compared with pay for engineers and others with bachelor’s degrees.

“The sharpest increases are always offered to pilots in every salary adjustment campaign,” he said, adding that pilot’s salaries are sky-high already.

Some pilots said that they receive VND100-150 million a month.

Zing cited Vietnam Airlines’ 2017 annual finance report as showing that the average income of pilots in the year increased by 5 percent compared with 2016, or VND120.75 million.

Meanwhile, Vietjet’s pilots in 2017 received VND180 million a month as shown in the financial report, or 50 percent higher than Vietnam Airlines’ pilots.

Also according to Zing, the income of VND100-150 million pay declared by some pilots is not much lower than that paid to regional pilots.

Aerocadet reported that a pilot in Indonesia has a starting salary of $2,500-4,000 which is not taxed, while the average income of pilots in the country is $6,600, or VND150 million.

In Singapore, according to Phoenix East Aviation, a pilot flying Boeing 777 and Airbus A330 has the starting salary of $6,800.

The average income of Vietnam Airlines’ pilots was VND121 million, while the figure was VND180 million for Vietjet, though the low-cost air carrier has smaller operation scale and lower revenue.

Pham Minh Huan, former Deputy Minister of Labor, War Invalids & Social Affairs, commented that new airlines don’t have to pay to train pilots, so they are willing to pay more to lure pilots from other airlines.

Le Dinh Tho, Deputy Minister of Transport, said the demand for pilots is now higher than supply, which has led to competition in pay to attract pilots. The competition is bringing disadvantages to domestic airlines.