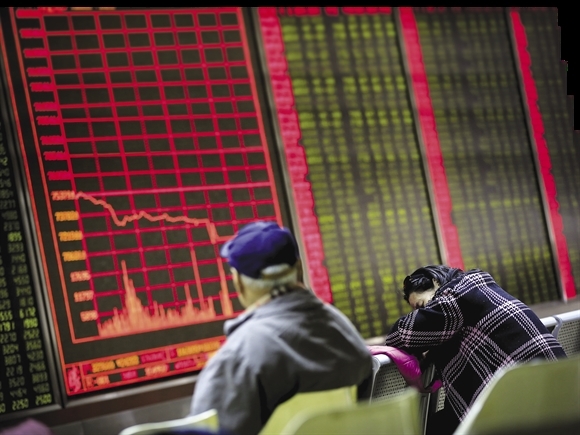 On the sidelines of the OECD Conference held in Brussels last week, high-ranking officials from 30 countries also showed concern about the Chinese economy, reported as approaching a financial crisis.

The problems of the Chinese economy can be seen in a series of factors, including the sharp increase of the ratio of debt on GDP, from 150 percent to 260 percent.

The huge amount of cash, over $800 billion, pumped into circulation in the last two years through demand stimulus packages has raised deep concern about a crisis which may cause more serious damage than the 2008 crisis.

As the next-door neighbor and a long-lasting trade partner, Vietnam’s economy will bear direct negative impacts, if the predicted crisis breaks out in China.

Analysts believe that the impact would be especially serious in the national production fields, including heavy industries, agriculture and service.

China, for many years, has always been the biggest input material supplier for Vietnam. This could be seen in Vietnam’s trade deficit which has been increasing steadily year after year, reaching $32.3 billion last year.

Vietnam imports a wide range of products from China, from machine and equipment to chemicals and input materials for the garment industry, while it makes payment in US dollars or Chinese yuan.

If the crisis occurs, Vietnam would incur a double loss: its revenue from exports to China (seafood, vegetables & fruits, coffee, rice and rubber) decreases, while imports from China (coal, steel and chemicals) would increase sharply.

This will lead to a loss of revenue in foreign currencies and may encourage the accumulation of Chinese yuan to use as payment currency.

According to Nguyen Dai Lai, an analyst, there exists the financial security imbalance in the Vietnam-China bilateral trade payment.

To settle the problem, the central banks of Vietnam and China need to sign a currency exchange agreement based on a mechanism that allows the two countries to buy each other’s currencies.

The reference exchange rates would be determined based on the SDR rates in different periods.

Currency swap agreements through the regulation of each purchase amount are based on the reference rate according to non-national currency SDR rates and based on Vietnam’s export capacity.

Dr Le Dang Doanh, a renowned economist, has warned about the massive exports of Chinese steel to Vietnam. The steel products smuggled to Vietnam have caused a loss of $60 million to domestic production.