Demand for 'safe' food is high, but it’s not easy to sell

A loudspeaker and audio device shop has arisen on Luong Dinh Cua intersection, taking the place of a food shop which shut down just several months after opening.

This is one of numerous safe food shops in Hanoi that shut down recently. 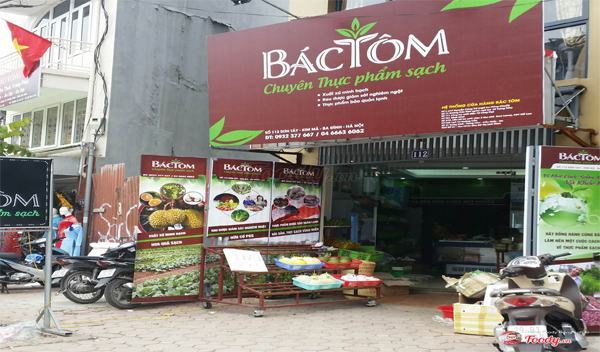 It’s not difficult to open a clean food shop in densely populated areas such as Hanoi and HCMC, but it is a big challenge for investors to expand networks.

The safe food market is controlled by retailers such as Soi Bien and Bac Tom which operate under the franchise mode. These are the two chains which have many shops.

The other brands do not focus on expanding networks, and therefore, have fewer than 10 shops. These include Cleverfood, Tam Dat Huu Co, Da Lat Gap and Ofarm. The others are mostly small household-run units.

According to VIRAC, a market analysis firm, Soi Bien is leading the market in terms of revenue. The 2018 finance report of Soi Bien Trung Thuc JSC, which owns Trung Thuc Farm and Soi Bien chain, showed that the company had revenue of VND86 billion.

The No 2 position belongs to Dalat GAP Co Ltd which owns three retail shops. The company reported revenue of VND23 billion for both Da Lat GAP Farm and the shops.

Meanwhile, the revenue of CleverFood JSC, which runs seven Cleverfood shops and Bac Tom is VND2 billion only.

Despite the large scale, the revenue of the company which owns the chain is modest.

According to Tran Manh Chien, the founder of Bac Tom, the revenue of every franchise shop is VND200-900 million.

The chain is now in stable development, but some franchisees have to give up.

“It’s easier said than done,” said Thanh, who was a franchisee of Bac Tom.

At first Bac Tom had about 10 retail shops. But after 2-3 months, the number soared to 25. As such, franchisees not only have to compete with traditional markets and other chains, but also with other shops of the same chain.

According to Nguyen Khanh Trinh, director of Soi Bien Trung Thuc, the profitability rate in the business field is not attractive.

Are you longing for longan? This popular fruit in Vietnam is actually named after… the eye of a dragon! But despite it fire-breathing moniker, longan drinks are the perfect way to keep cool in the summer hear.