Dich Diep, an ancient village in Truc Chinh commune of Truc Ninh district, the Red River Delta province of Nam Dinh, is a mirror of the traditional culture of Vietnam. 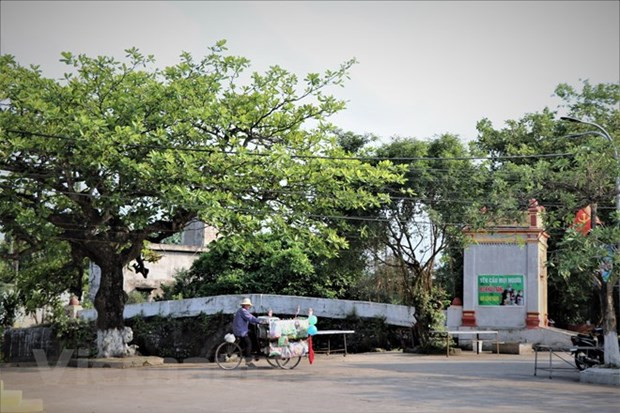 Dich Diep village was formed at around the beginning of the 11th century with the name Dich Diep Trang. (Photo: VNA)

Dich Diep village was formed at around the beginning of the 11th century under the reign of King Ly Thai To, who ruled from 1009 to 1028, with the name Dich Diep Trang. Local residents share the pride as the village has kept its name over the past 1,000 years.

Dich Diep follows the common style of a traditional Vietnamese village in the northern delta that is characterised by temples, pagodas, wells, rivers, and banyan trees.

According to the local elderly, the village takes the shape of a boat with its bow being the southern gate and its stern being the western gate. They said visitors to the village will easily get lost as local roads are like a bagua map. Passing the village entrance, visitors will find an ancient and nostalgic world, a quiet and peaceful land different from bustling towns.

There had been several gates in Dich Diep, which led to other villages. However, only the southern gate, built in 1864, remains today. 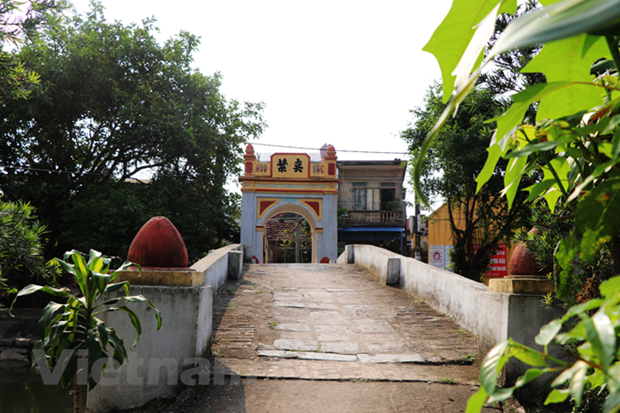 The southern gate of Dich Diep village dates back to 1864. (Photo: VNA)

Since ancient times, a village gate has served as more than just an entrance or exit. Many villages have more than one gate, each facing different directions. Originally, the gates could be made of spiked bamboo to prevent wild beasts from entering. Later, they became part of the general defence against any intruders.

Village roads are lined with o ro (acanthaceae) and cuc tan (pluchea indica) plants on both sides, which were often seen in villages in northern Vietnam in the past. Under ancient trees are tile-roofed houses built by wood, with parabolic shape gates.

The local elderly said villagers in Dich Diep Trang initially engaged in farming and then weaving for their living. In 1947, they made “ao tran thu” (a cotton-padded waistcoat) for soldiers and a silk shirt for President Ho Chi Minh and received applause from the leader. Weaving has been passed down from generation to generation in the village.

The village pagoda is named “Co lieu linh tu”. Nobody knows exactly when the pagoda was built. However, its bell has been proven to be made under the reign of King Gia Long in 1818.

Dich Diep is also home to an about 800-year-old Bodhi tree that was listed as a national heritage tree. Local residents believe that the Bodhi tree is a symbol of longevity, strength and good characteristics of villagers./. VNA