The application of different regulations on pandemic prevention and control in different cities/provinces is causing difficulties for enterprises. 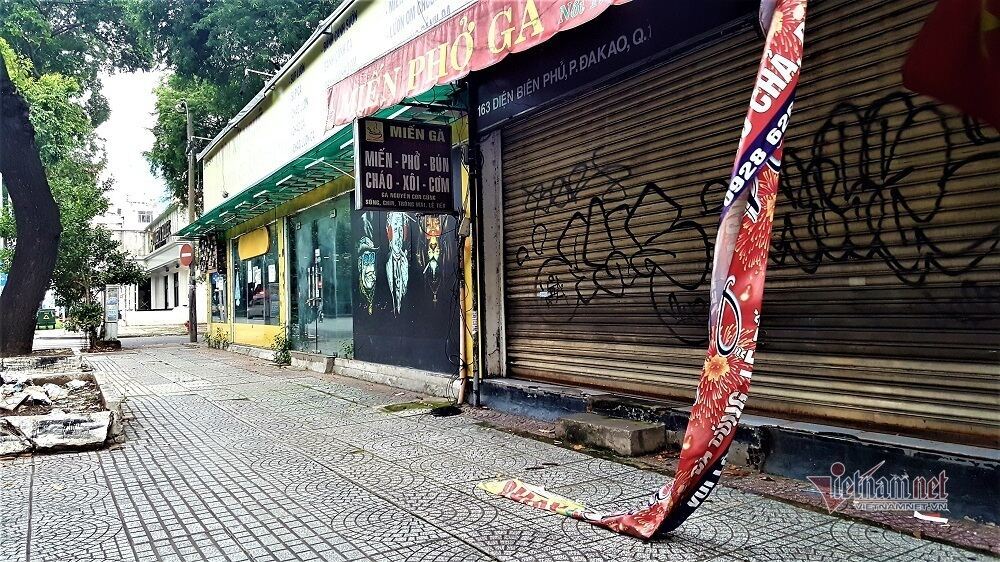 Sidewalk eateries have to close the doors during social distancing.

On October 2, Thu Duc City in HCM City released Document 6189 on assessing the pandemic levels in the wards of the city. Under the document, there are four levels from 1 to 4, corresponding to green, yellow, orange and red zones. Enterprises will have to refer to the color classification to know if they can run their production and business activities.

There are 19 wards meeting requirements classified as yellow (level 2), 19 wards orange (level 3) and 4 red (level 4), while there is no green zone.

The classification will be carried out weekly and may be adjusted depending on real conditions.

However, a problem has arisen. Directive 18 of the HCM City People’s Committee allows shopping malls, supermarkets, convenience stores and groceries to operate. Meanwhile, the document released by Thu Duc City authorities says shopping malls must close their doors if they are located in orange zones, while supermarkets, convenience stores and groceries still can open.

A businessman told VietNamNet that the draft document of the Ministry of Health (MOH) guiding the classification of zones by colors only applies to cities and provinces, not to smaller administrative units such as districts and communes.

He said that MOH is still collecting opinions from the public on the draft regulation while Thu Duc City has set up its own rules.

The assessments every week will cause difficulties for enterprises, because their classification may change. The businessman said that it would be very costly to reopen business, as enterprises have to pay for workers’ testing, cleaning and disinfection.

“What will I have to do with workers if I invite them to work, but then have to close the factory?” he said.

“We won’t be able to arrange our production activities if we have to switch on (when an outbreak cools) and off (when it recurs) all the time,” he said.

The inconsistency in the regulations on Covid-19 prevention and control was the subject of a question raised by many businesspeople at an online meeting with voters and President Nguyen Xuan Phuc and the HCM City National Assembly Delegation on October 2.

Ly Kim Chi, Chair of the HCM City Food and Foodstuff Association, said the Government has set up special taskforces that direct the connection of regions and exploit the advantages of every region for economic development.

However, since localities apply different regulations to protect their achievements in pandemic prevention and control, supply chain disruptions still exist. The transport of goods from other cities and provinces to HCM City has been interrupted. At some moments, input material supply chains to enterprises were broken.

Vu Kim Hanh, Chair of the Business Association of High Quality Vietnamese Products, said Binh Duong, Dong Nai and Mekong Delta are trying to protect their green zones, so the maintenance and re-development of supply chains will depend on policies set by every city and province. In some cases, provinces’ leaders agree with businesses, but the supply chain gets stuck in districts and communes.

Hanh urged the Government to give instructions to remove the behavior that hinders goods exchange among localities.

Nguyen Quoc Khanh, Chair of Handicraft and Wood Industry Association of HCM City (Hawa), also complained that it’s difficult to draw up business plans, because planning depends on macro policies. That is why when implementing the ‘three on-the-site’ principle, enterprises face risks with supply chains, testing costs and accommodation services for workers.

Khanh asked to mitigate shortcomings and stop the inconsistency in the instructions released by the central government and local authorities.

President Nguyen Xuan Phuc affirmed that the ‘zero Covid’ strategy is not feasible in current conditions. Instead, people and businesses need to adapt to life with the virus. It’s necessary to have a strategy adapting to the new normal with close connection among ministries, branches and localities.

The President said state management agencies at different levels need to facilitate the travel of people and cargo; step by step restore production, and commercial flights; and create favorable conditions for fully vaccinated people with negative testing results to travel on different means of transport. There is no need to impose a lockdown for a long time and on a large scale.

“Localities must be united, not divided, not ruled by their own specific rules. This has caused frustration,” President Nguyen Xuan Phuc said.

The health and beauty industry has been seriously hit throughout the four Covid-19 waves. Many owners of gyms and spas worth billions of dong have had serious losses.

With Vietnam boosting the inoculation of vaccines for people and support for enterprises to revitalise business and production activities, upcoming updated economic recovery scenarios will make it more favourable for macro monitoring.