Does Intel serve as a magnet to attract hi-tech FIEs? 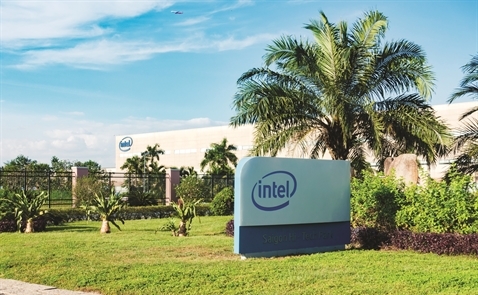 The latest move by Intel global and IPV show Intel strategy to develop products and services to prepare for the IoT era.

IPV plans to expand its factory in HCMC in 2017. To date, it has used nearly half of the total production area of 46,000 square meters.

According to Sherry Boger, CEO of IPV, the expanded factory will prepare large area for cleanrooms class 10. Intel has joined forces with VNPT Technology to set up a lab reserved for IoT research.

This is the first modern lab on IoT in Vietnam, one of five or six labs of this kind in the world.

In the past, IPV used cleanroom class 100 to manufacture computer chips. Cleanrooms class 10 are used to make higher-technology products and with a smaller size to prepare for IoT products.

At present, IPV uses 1,300 workers. The CEO is not worried about human resources because of the company’s personnel development plan it has used in the last 10 years.

Higher Engineering Education Alliance Program – HEEAP - a project initiated by Intel, has trained over 5,000 lecturers and high-ranking managers for eight schools throughout the country in accordance with ABET standards.

This will be a source of supply for the workforce at Intel and the whole market.

IPV is Intel’s largest testing factory. In the past, IPV only made chips for computers, but now it makes 26 different product lines, including chips for hand devices and unmanned aircrafts.

A research work by Fulbright Vietnam University on the impact of IPV on Vietnam’s socio-economic development in 2006-2016 showed that IPV’s contributed added value to Vietnam’s GDP was $100 million in 2015, which was 30 times higher than other foreign invested enterprises.

A survey by McKinsey in 2015 showed that IoT will have a big impact in many fields, including industrial production, retailing, transport to healthcare and housing. It would not be a surprise if more companies in the fields come to Vietnam in the upcoming time.