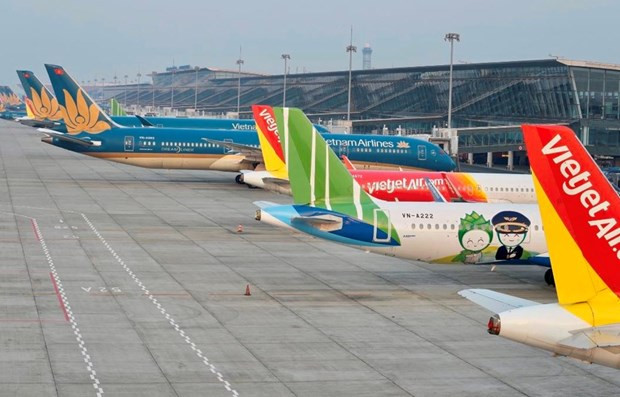 At a conference of the Transport Ministry reviewing its work in the first half of the year on June 28, Thang said as fuel costs account for 40-50% of operation costs, revenues increases are not sufficient to compensate for high fuel prices.

He said domestic aviation transport has fully recovered with higher growth than in the pre-pandemic period. However, Vietnamese carriers have not fully escaped difficulties due to the slow recovery of the international market.

In the domestic market, six Vietnamese carriers are operating 55-60 routes connecting Hanoi, Da Nang and Ho Chi Minh City with 19 local airports. The lifting of pandemic-related restrictions, along with booming demand, has brought about a fast recovery of domestic aviation transport, with the number of domestic passengers growing from 10-15% each month in the second quarter.

The number of air passengers going through Vietnamese airports is expected to reach 70-80 million this year, including 8-10 million international travellers. /.
Source: VNA