Dreams of ‘shaking hands with the principal’ motivates 9x leader

Forbes Vietnam’s 2020 list of the 30 most outstanding faces under 30 includes Nguyen Van An born in 1992 from Bac Giang province.

As one of five co-founders of Sach va Hanh Dong (Books and Actions) the project kicked off in 2013 and An became the manager of the project in 2018. 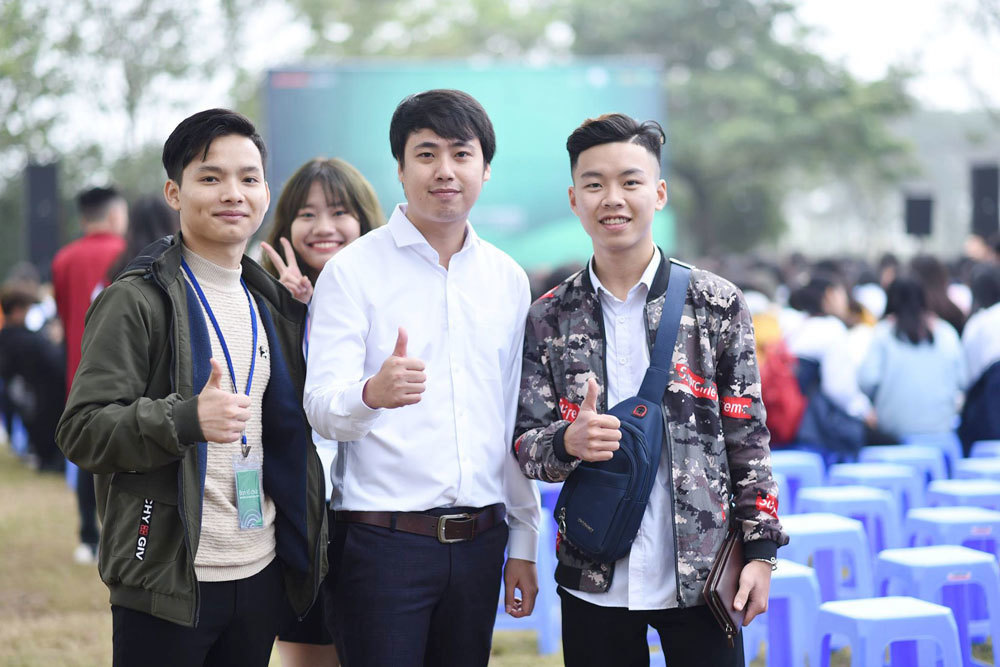 Nguyen Van An (in white shirt)

Under the project, 260 book clubs with more than 5,000 members from universities, junior colleges and high schools have been established in 29 cities/provinces.

“When I was a schoolboy, I was quiet and shy. Though my learning records were quite good, I was among top 5 or top 10 students of the school (Yen Dung 2 High School – reporter). As my friends, the excellent students, could get the awards from the school and shake hands with the principal, I felt a bit envious,” Dung recalled the school days.

Later, at university, Dung said to his friends that he will do something special to be able to go back to the school and shake hands with the principal.

An began doing ‘something special’ when he was a third-year student of the Hanoi University of Science and Technology. He and the other four university students drew up an ambitious plan.

After some events, including the cross-country jogging integrated with the message of encouraging reading and the call for building a free library, in November 2013, they successfully built a Books and Actions Club at a university in Hanoi.

In 2014, the first Books and Actions club at a high school was established.

An said the first phase of building book clubs was the hardest period for An and his co-workers.

“We visitedevery high school and university to ask for permission to set up book clubs. However, we were refused by many schools,” An related.

The teachers said that the club model won’t be able to exist at high schools. Some teachers refused the project because ‘the students of the school don’t like reading books’.

However, An and his co-workers did not give up.

Finally, the first Books and Actions Club at general school was built at Yen Dung 2 High School, where An went to.

After contacting nearly 500 schools, An and volunteers managed to build nearly 260 book clubs. There are two major activities for each club. First, encouraging students to read books and have the habit of reading books. Second, calling students to donate books and raising funds by picking up bottles, selling goods, jogging, organizing events and training programs.

In the future, the man from Bac Giang hopes he can set up 1,000 book clubs nationwide.