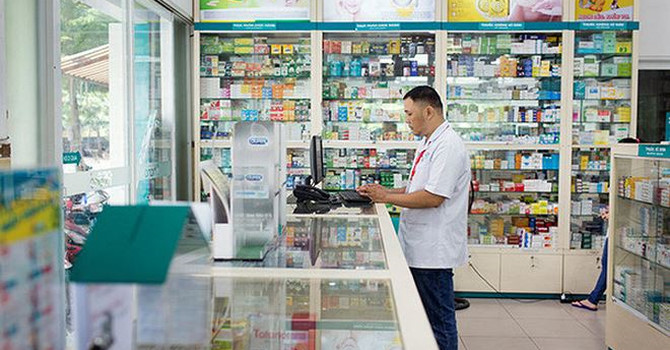 The drug retail market is worth $5 billion

Nguyen Duc Tai said that The Gioi Di Dong is now just an ‘apprentice’ in the field and has to be cautious with every step in the specific market.

Tai is optimistic about his decision because he believes the risk is low. “The scale of drugstores is small compared with The Gioi Di Dong’s capability. Even if we fail, this won’t affect our general business,” Tai said.

Besides The Gioi Di Dong, FPT Retail, also a big hi-tech product distributor, has jumped into the drug market. The company invested in Long Chau drugstore chain and began doing business in early 2018.

Realizing the great potential of the market, a series of drug retail chains have been set up, namely Phano, Pharmacity, Sapharco and Vistar.

However, according to FPT Securities, traditional drug retailers have a big weak point – the lack of distributors and suppliers. Meanwhile, these are two important links to expand market share.

About market performance in 2018, chair of CVI Pharma Phan Van Hieu said the market will still be controlled by traditional drugstores.

“I don’t think the drug retail market is easy, even for big guys like The Gioi Di Dong and FPT Retail,” he said, adding that there are many barriers in the drug market.