VietNamNet Bridge – PM Nguyen Tan Dung last week made an unprecedented trip to the Philippines, where he brought the East Sea issues to the bilateral visit and the World Economic Forum on East Asia 2014.

VietNamNet Bridge – PM Nguyen Tan Dung last week made an unprecedented trip to the Philippines, where he brought the East Sea issues to the bilateral visit and the World Economic Forum on East Asia 2014. 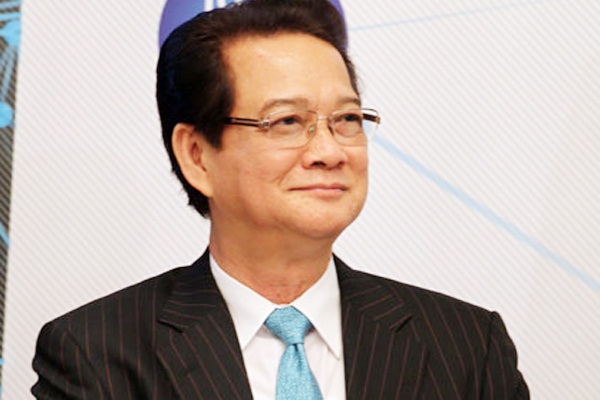 May 21, the day on which the Prime Minister travelled to Manila, marked the 20th day since China deployed its illegal drilling rig in the continental shelf and exclusive economic zone of Vietnam. Despite Vietnam’s efforts at diplomatic good will, Beijing is continuing with its intimidation tactics and infringement on Vietnam’s waters.

Welcoming PM Dung at the Ninoy Aquino International Airport that noon were not only diplomatic representatives of the Philippines but dozens of reporters of international and local news agencies.

At 7.30 am on May 22, the newspaper basket in the breakfast area of the Sofitel Hotel in Manila, where the Vietnam Prime Minister and the Vietnamese delegation were staying, was empty. Daily newspapers of the Philippines ran articles about the Vietnamese PM’s visit on their front pages. The sites of major international news agencies, of the Philippines and other countries in the region, covered Mr. Dung in his previous day’s press conference with the Filipino president, which focused on China’s HD-981 rig.

Authorized by PM Dung, an international press conference chaired by Deputy Foreign Minister Pham Quang Vinh was held on the sidelines of the World Economic Forum on East Asia to meet the information requests of the international press following speeches by Prime Minister Dung both in the bilateral and multilateral events in Manila.

Two out of dozens of international news agencies (AP, Reuters) had the exclusive opportunity to send their questions to the Vietnam Prime Minister about the incident and about the state of Vietnam-China relations.

Prime Minister Nguyen Tan Dung delivered a clear message to the whole world that Vietnam is determined to defend the country's sovereignty and would not accept an elusive, dependent peace and quasi-friendship.

In the bilateral event, the talks between Prime Minister Dung and Filipino President Aquino went on for twice the expected time, with East Sea tensions as the main issue.

The two sides shared their deep concerns about the particularly dangerous situation in the East Sea and China’s violation of the international law and the 1982 UN Convention on the Law of the Sea.

There can be no development without peace and stability, both agreed. Speaking out on China’s grave violations at the World Economic Forum on East Asia, Prime Minister Dung received the sympathy of international delegates.

With three-quarters of the volume of global merchandise transported by sea, two-thirds of which passes through the East Sea, instability or conflict here would disrupt this flow and many economies, not only in the region but the whole world, would suffer incalculable consequences. It could even reverse the process of world economic recovery.

After nearly three decades of innovation, social and political stability has become a major advantage of Vietnam in attracting FDI, the platform for economic integration in the region and the world. The immediate threat to Vietnam in the East Sea is also the challenge and threat to peace and stability in the region, the security and safety of navigation in the East Sea.

In one trip, covering two separate events with the same weighty content about East Sea tensions, the Prime Minister’s diplomatic efforts in Manila aimed to inform the world of the threat from China to peace and stability in the region.