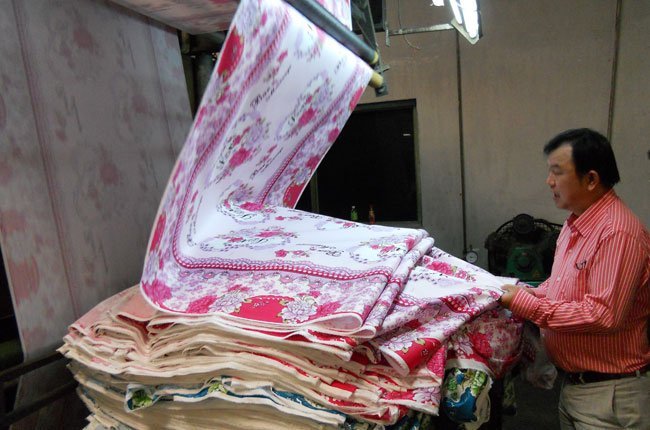 The gross domestic product (GDP) in the first nine months of 2015 grew by 6.5 percent compared with the same period last year, according to the General Statistics Office (GSO). The figure, as commented by economists, is ‘good news’.

Both the Asian Development Bank (ADB) and the World Bank (WB) have said they believe Vietnam’s economic growth in 2015 and 2016 would be beyond expectations.

In a report to the September government meeting, the National Finance Supervision Council also said the economic growth would rally amid changes in the global economy.

To prove the conclusion, the council cited statistics which said the number of businesses newly set up in the first nine months of 2015 increased by 28.5 percent, while the registered investment capital increased by 31.4 percent compared with the period last year.

The council’s report pointed out that the good production activities had helped offset the decrease in the state budget revenue due to the crude oil price fall. By September 15, the revenue from domestic sources had increased by 17.5 percent compared with last year.

According to GSO, 68,347 businesses were set up in the first nine months of the year, while 47,604 businesses suspended their operations.

Meanwhile, in a report to the National Assembly’s Standing Committee, the Ministry of Planning and Investment’s Business Registration Agency showed that 54,566 businesses stopped operations and dissolved, equal to both 2011 and 2012 in total.

As such, more and more private businesses have gone dissolved and bankrupt, which shows the business environment is still tough for them. The high number of businesses which were dissolved contrasts with statistics showing the impressive recovery of the national economy.

The National Finance Supervision Council, while affirming that the national economy has maintained steady recovery, also admitted that businesses, especially small and medium ones, are still meeting difficulties.

The majority of the businesses which had to stop operation in the first half of 2015 were ones with registered capital of less than VND10 billion.