El Nino projected to cause water shortage in HCM City

The El Nino phenomenon in 2016 will cause freshwater shortage in HCM City and other southern areas, the National Hydro-Meteorological Service has said.

The El Nino phenomenon in 2016 will cause freshwater shortage in HCM City and other southern areas, the National Hydro-Meteorological Service has said. 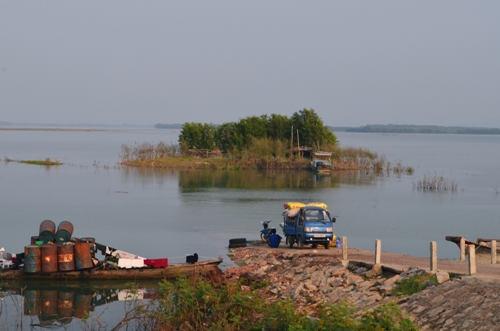 The rainy season will begin later and end earlier than in previous years. Rainfall is predicted to be much lower than average, especially in the central and southern areas and central highlands.

This means that the water levels in irrigation lakes and hydropower reservoirs will be lower than those of the same period in 2014.

HCM City will reportedly be one of the areas that will be most affected by the El Nino phenomenon.

In order to prevent drought and respond to the impacts of El Nino, the city has requested concerned units to implement water-saving solutions and to revise agricultural and cattle-raising methods.

The Saigon Water Corporation (Sawaco) has planned emergency water supply solutions and will collaborate with other hydropower companies to prevent saltwater intrusion, when necessary.

The Dau Tieng Lake management unit said they would discharge water alternately (three days for Tay Ninh, four days for HCM City), instead of continuously for seven days, saving 20 to 30 per cent of the discharged water.

The lake is the sole freshwater supplier to thousands of hectares of rice fields in Tay Ninh and HCM City.

The steering committee for flood and storm prevention of HCM City (under the department of agricultural and rural development) has requested farmers to closely follow weather news and to revise cultivation and cattle-raising methods.

Saigon Water Corporation (Sawaco) has drawn up a contingency plan to deal with any water shortfall in HCMC as the El Nino weather phenomenon is forecast to last into this year.

El Nino, which refers to the large-scale ocean-atmosphere climate interaction connected to a periodic warming in sea surface temperatures across the central and east-central Equatorial Pacific, has left severe impacts on Vietnam, such as water shortage and salinity intrusion.

Sawaco has passed the plan to the city government for approval. According to the plan, Sawaco will boost water supply by using tanker trucks or pumping water from wells in case of emergency.

Sawaco will work with the management of Dau Tieng-Phuoc Hoa reservoir system and Tri An hydropower plant over the possibility of releasing water for desalination in downstream areas.

Sawaco has proposed building a reservoir as a backup source of crude water to cope with a situation in which the quality of Saigon River water for treatment plants gets worse. This reservoir would be responsible for semi-processing water before it is pumped to the water treatment plants.

According to the national hydro-meteorological forecast center, El Nino was still strong in 2015 and lasts into this year, becoming the longest such weather phenomenon in 60 years. It had caused the rainy season to come later and end earlier than normal through the country, thus triggering river water levels to shrink.

Dau Tieng is responsible for irrigation and water regulation, so it has helped reduce the level of salinity in Saigon and Dong Nai rivers that have been severe affected by the rising intrusion of seawater and more importantly, supply crude water for HCMC’s water treatment plants like Tan Hiep and Kenh Dong.