LiveSpace Vietnam, a music project aimed at discovering new talents initiated by the by the French Cultural Centre-L’Espace in collaboration with Monsoon Music Festival and a number of organisers, has been launched in Hanoi.

Speaking at a press conference on January 12, Director of L’Espace Thierry Vergon expressed his hope that the LiveSpace Vietnam program, which will be held for the first time for Vietnamese artists, will, if successful, create opportunities to duplicate the project in Southeast Asia, thereby creating a playground for the award-winning artists of each country to exchange and share their passion for music.

He also said that when applying for the project, young artists and bands will have the opportunity to develop their expertise professionally, such as: performing on the professional stage of L’Espace, having their music products recorded, and participating in consulting workshops on performance expertise, composition, and recording technical standards for artists and live performance techniques for on stage.

In particular, young artists will also have a chance to sign an exclusive distribution contract for Fast Track and receive support from Believe, perform at Monsoon Music Festival 2021, and perform in many major cities across the country co-organised by L’Espace and Monsoon Music Festival, among others.

About 10-15 selected artists or groups will be introduced to the public through performances and through the votes of the audience the organising board will determine the final winners in October 2021.

The first concert of the upcoming series of LiveSpace Vietnam will take place at the stage of L’Espace at No. 24 Trang Tien Street, Hanoi, on January 16.

The event will gather together Limebócx, Chú Cá Lơ and Những Đứa Trẻ which promises to bring a colourful musical journey with multiple landscapes, ranging from rock to electro through the touches of traditional Vietnamese music.

Musician Quoc Trung, the founder of Monsoon Music Festival, also expressed his belief that the project will be successful and be held in a long term to develop professionalism as well as opening the door to international exchange for Vietnamese artists. Nhan Dan

‘The Marching Song’, the national anthem of Vietnam composed by musician Van Cao, is featured on a music box by Reuge, a leading global manufacturer of traditional musical devices.

A wide range of cultural activities will take place throughout Hanoi’s Old Quarter from February 6, or the 25th day of the 12th lunar month, as part of celebrations for Tet (Lunar New Year).

Forward and captain Nguyen Van Quyet of Hanoi FC and striker Cu Thi Huynh Nhu of HCM City Club won the Golden Ball awards for player of the year during an awards ceremony held in HCM City on January 12.

Tran Nguyen Manh of Viettel FC is the leading goalkeeper in terms of having the most clean sheets in domestic leagues throughout ASEAN during 2020, according to statistics compiled by ASEAN Football. 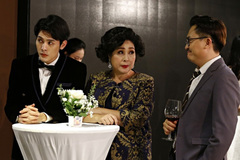 A web drama series on love and family issues starring famous actors including comedians in HCM City will be released on YouTube next week. 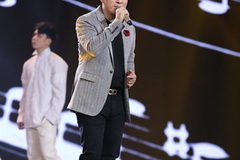 Dozens of singers will perform in a special music TV show next week to welcome Spring and Lunar New Year festival which falls on February 12 this year. 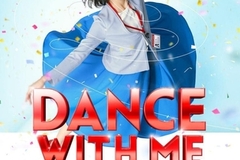 Cinema lovers nationwide will have the chance to view Japanese movies wherever they are through the Japanese Film Festival (JFF) Online which is scheduled to get underway from January 13 to 22.

Futsalplanet.com has said that two representatives of Vietnam’s futsal scene have been nominated for honours at the Futsalplanet Awards 2020, the 21st edition of the most traditional and recognised futsal awards. 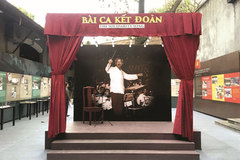 To celebrate the 13th National Party Congress (January 25 to February 2) and 91 years of the establishment of the Communist Party of Vietnam, the Hoa Lo Prison Relic Management Board is hosting an exhibition called The Solidarity Song. 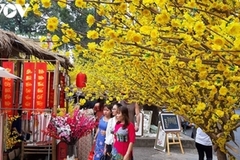 The administration of Ho Chi Minh City has initiated plans to host an annual flower festival and markets which will celebrate the Lunar New Year, known locally as Tet. 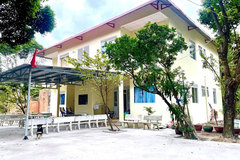 Residents living in the HCM City Rest Home for Artists in District 8 will have a happy Tet (Lunar New Year) after the house renovation is completed this month. 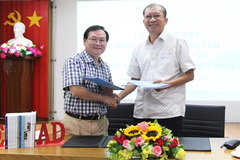 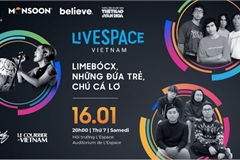 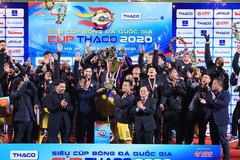 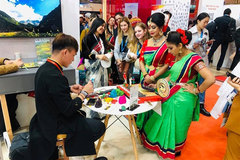 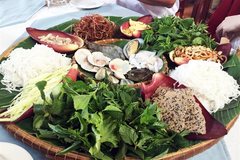 Lau tha, or tha hotpot, is a dish familiar to those living in or visiting Phan Thiet City, Binh Thuan Province. The attractive specialty tastes so delicious with a wide range of ingredients.

A series of cultural and art programmes are taking place at the HCM City Book Street on Nguyen Van Binh Street in District 1 to celebrate the street’s 5th anniversary, and promote the reading culture among the community. 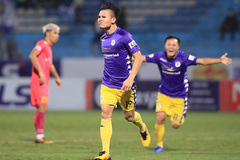 After an up and down 2020 season, midfielder Nguyen Quang Hai of Hanoi FC will be hoping to hit the ground running this year in the National Super Cup tomorrow (Jan 9) against Viettel. 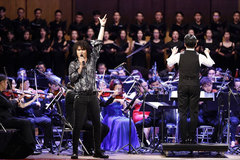 The HCM City Ballet Symphony Orchestra and Opera (HBSO) will launch a concert featuring dance, arias, and orchestral works from well-known operas to welcome the New Year at the city's Opera House on January 9.