Vietnamese students have to take many standardized tests, which has led to the creation of a giant exam preparation industry. However, the industry is killing students’ creativity, experts say.

Ha Bui, an office worker who has a master’s degree in economics in Hanoi, complained that children are “abnormally busy” nowadays. 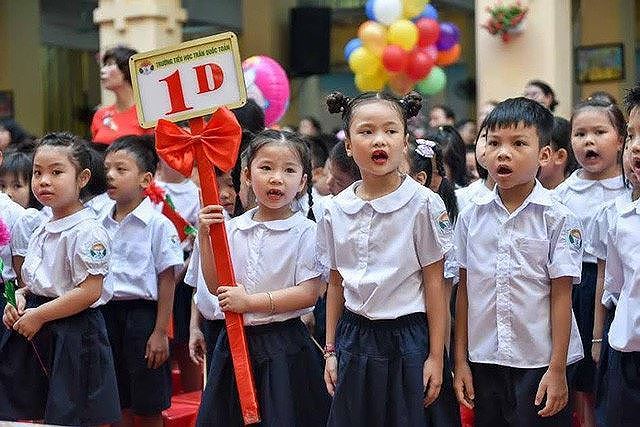 “My daughter yesterday told me that she had not seen her cousin for half a year,” she said. “My nephew is learning day and night to prepare for the high school entrance exam this summer, while my daughter is taking an exam to enter a prestigious secondary school in Hanoi.”

The Ministry of Education and Training (MOET) in 2014 cited a report as saying that Vietnamese students ranked fifth in the world in spending time at extra classes.

“Curricula are getting heavier, children have to learn more. Their time for playing, traveling and sleeping has shrunk,” she said. “High technology is using too much capacity of children’s brains, though the benefits of technology have not been proven scientifically.”

Vu Huong Mai, a parent in Cau Giay district in Hanoi, said she sometimes feels bewildered about educating her children. People receive fixed-term training courses before taking a job, but they have to spend their whole lives parenting.

Nguyen Chi Hieu, who has a doctorate from Stanford University and master’s degree from Oxford University, said that most family dialogues often start with the question ‘what?’ instead of "why" and "how". Parents tend to be influenced by other people and impose their views on children.

“Don’t stuff your small children’s heads with too much knowledge before they become adults. For primary school students, playing is the best way of learning,” Hieu said.

“Standardized tests have become so common at primary schools,” he noted.

“No student feels happy if he has to sit for 40 minutes for exam preparation practice,” he said, adding that the US SAT test, which is designed for 12th graders, now is applied in Vietnam for primary school students as well.

Hieu cited a scientific study as saying that secondary school students are at a certain stage of emotional development and parents need to be more sympathetic to children.

Many children at this age have to learn too much with too many exams and tests, affecting their ability to make decisions and retain information.

To prepare for the exams, students have to use products from the ‘exam preparation industry’. The industry gives practice tests with multiple-choice questions. This is dangerous because it kills students’ creativity.