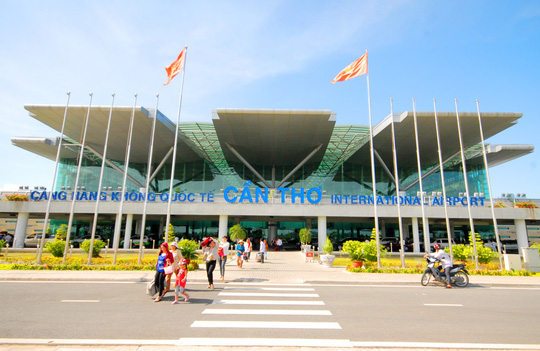 MOT is planning to build an airport in the southern province of An Giang with estimated investment capital of VND3.4 trillion. The domestic airport, designed to be located in Can Dang commune of Chau Thanh district, will be used for taxi flights, general aviation and search & rescue activities.

Under the plan, in the first phase of development which lasts until 2020, a 1,850 m x 45 m runway will be set up for ATR72 or equivalent aircraft. In the next development period, the airport will be upgraded to be capable to exploit A321s. It is expected that the airport can serve 100,000 passengers a year by 2030.

According to Vuong Binh Thanh, chair of An Giang province, said there are three airports in the locality, but they mostly serve military purposes and cannot be expanded.

Thanh said that with famous landmarks, An Giang always leads Mekong Delta in the number of visitors, about 5 million travelers a year. If An Giang has an airport, it will be able to attract more travelers and develop the local economy.

However, the idea has not been applauded. Tran Huu Hiep, director of the Economics Department under the Southwest Steering Committee, said it is necessary to thoroughly consider the project because it would ‘gobble up’ 60 percent of the total investment in the aviation sector.

Meanwhile, there are other airports already existing nearby, including Can Tho, Ca Mau and Phu Quoc.

Hiep also said the location of the new airport, near the border line, was a reason for reconsideration. And instead of pouring money into airports, it would be better to spend money on roads. A report showed that 60 communes in 9 provinces in Mekong Delta still don’t have roads capable to receive vehicles.

In early 2011, Can Tho was built into an international airport, capable of serving 3-5 million passengers a year and 5,000 tons of cargo. However, the airport has been running at 10 percent of the designed capacity.

Besides the flights to/from Can Tho (Hanoi-Can Tho, HCM City-Can Tho and Can Tho-Con Dao/Da Nang/Phu Quoc) provided by Vietnam Airlines and Vietjet, there are also flights between Taiwan and Can Tho on Tet days.

In 2015, Vietravel, a travel firm, joined forces with the Can Tho City People’s Committee to open new air routes Can Tho-Da Lat/Khanh Hoa/Bangkok to lure more travelers to Mekong Delta.

However, according to Nguyen Khanh Tung, director of the Can Tho Investment, Trade & Tourism Promotion Center, the air routes were closed because of the limited number of passengers.