Bao Viet Securities has cited a report as showing a sharp rise in newly registered FDI capital in the first five months of the year. 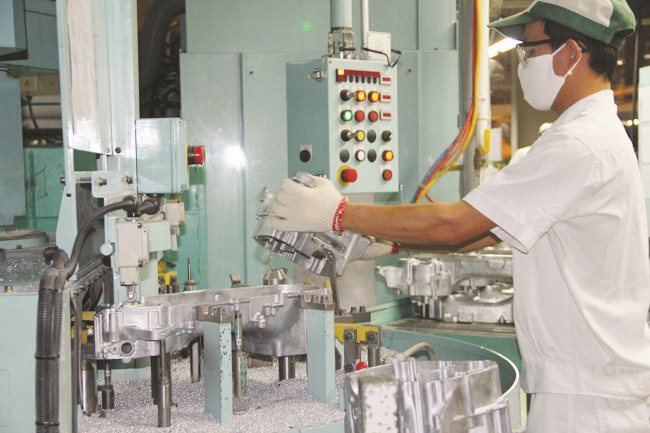 $9.08 billion worth of new and additional capital was registered during that period, an increase of 27.1 percent over the same period last year, the sharpest rise in the last three years.

Of seven projects with registered capital of over $200 million, five were registered by investors from mainland China and Hong Kong.

China has jumped into the first position from fourth last year as the biggest foreign investor in Vietnam.

Analysts said if the US and China cannot reach an agreement in June, FDI will see stronger FDI growth. In fact, Vietnam has always been a good choice in ‘China + 1’ strategy, but the escalation of the trade war could give another push for foreign investors to head for Vietnam.

With Samsung’s commitments to make big investments in Vietnam (its accumulative investment capital in Vietnam has reached$18 billion) and Korea 's southern investment strategy, Vietnam will remain a favorite destination.

Samsung now makes 50 percent of its mobile phones in Vietnam.

As for China and Taiwan, enterprises in labor intensive industries are expected to flock to Vietnam. Analysts say vendors of Apple may set up new facilities in Vietnam.

One of them, GoerTek, has registered a $260million investment in the northern province of Bac Ninh.

Others include AAC Technology, which produces motors, Lux Share, which makes speakers and connection devices, FIT which produces cables, and Largan (lens producer).

In order to attract Foxconn, which is considering relocating its production line out of China, Vietnam will have to compete with India, which wants to establish big mobile phone production facilities with its ‘Make in India’ strategy.

FDI in Vietnam witnessed a significant yearly increase of 81 percent to $14.59 billion in the first four months of the year. The FDI disbursement also rose by 7.5 percent to reach $5.7 billion.

Demand for labor in Vietnam’s manufacturing sector is rising sharply due to strong FDI inflows as a result of the transfer of orders and China-based facilities into Vietnam during the ongoing U.S.-China trade war.