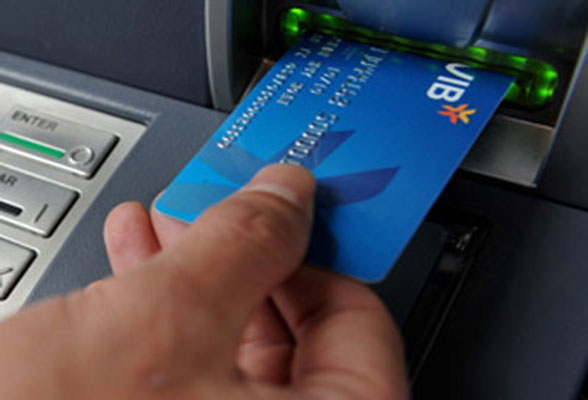 For example, a customer has complained to the VIB Bank’s Viet Tri branch that an unusually large amount of money was withdrawn from her bank account.

According to Hoang Thi Hong Hanh, a customer who lives in Viet Tri City, on January 31, 2016, eight cash withdrawal transactions were made via her VIB Values card.

The transactions were made in HCMC in the south, while Hanh was then in Viet Tri City in the north.

At 2.30 pm on the same day, Hanh called VIB Bank and informed them about the trouble. At 8.20 am of February 2, 2016, Hanh came to VIB Bank Viet Tri branch to hand over her card to the bank.

Hanh affirmed that on January 31, 2016, she was at the Viet Tri Cemetery with her family members. There were many witnesses who said they were with Hanh at the moment when messages about the cash withdrawal transactions came.

Hanh uses a domestic card at VIB. The transactions with this type of card at ATMs can only be made with exact information and PIN codes.

Hanh affirmed that she used the smartphone with global positioning system (GPS). The information about the details of the transactions (value, place and time) must be saved at VIB’s server.

Therefore, VIB can ask for the help from mobile network operators and relevant agencies to investigate the case and find out if Hanh moved to HCM City to make transactions and play other tricks.

Meanwhile, Hanh’s card is not found in the list of black cards released by the Vietnam Card Association.

A source said that VIB Bank decided to give back the sum of money to Hanh.

No one knows why VIB Bank did not seek help from the police to investigate the case, but quietly gave money back to Hanh.

The case has raised big concerns among card holders about security solutions applied by banks.

In November 2015, Cu Dinh Thang in HCMC, received seven messages which said he withdrew VND14 million in cash via his card. Meanwhile, his card was still in his wallet.

Nguyen Tri Hieu, a renowned banking expert, noted that in many cases, hackers can exploit the flaws existing in banks’ security system to steal customers’ information and money.

“Hackers can infiltrate banks’ computing base, from which they can steal information ,” he explained. “If they can steal passwords as well, they would steal money easily,”