Experts warn of higher inflation in last months of the year 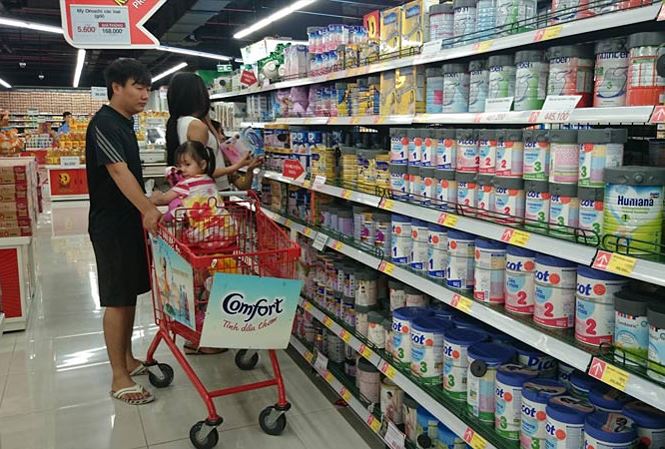 As such, the average CPI in the first six months of 2018 increased by 3.29 percent compared with the same period last year.

Lam said the CPI in the first six months of the year was affected by the healthcare and education service fee increase of 7 percent compared with the same period last year.

The price increases of products related to transport, housing, building materials and food (the pork price increased by 20 percent) also pushed the CPI up.

Lam said that inflation is still under control, but if the CPI continues to increase sharply as it did in May and June, the task of curbing the inflation rate at below 4 percent this year may be difficult.

There are more price increases expected in late August and early September, when the new academic year begins, and in the last months of the year.

According to the National Finance Supervision Council (NFSC), the oil price fluctuations in the remaining months of the year will be one of the factors to affect the CPI.

Research institutes have also warned the food price would bounce back to levels equal to 2016, estimating that the food price increase would increase the CPI by 0.5-0.8 percent.

NFSC said if the oil price rises to $60-62 per barrel as predicted, the prices of transport services would increase by 5-7 percent compared with 2017 and the inflation rate in 2018 would be 3.5-3.8 percent.

If the oil price surges to $65 per barrel as per the latest forecast by the World Bank, the prices of transport services would increase by 8-10 percent and the inflation rate would be 4-4.1 percent.

Nguyen Duc Thanh, director of the Institute for Economic and Policy Research (VEPR), said if the food and fuel price continues to increase, it would be very difficult to curb the inflation rate at below 4 percent.

“We predict 4.65 percent and 4.13 percent inflation rates for the third and fourth quarters, respectively. The inflation rate for the whole year would exceed 4 percent,” he said.