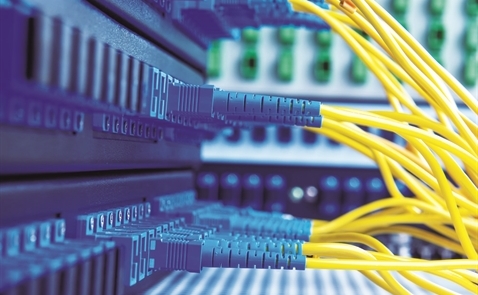 In 2013, hackers attacked the Target retail chain in the US and stole information about 40 million customers. However, few people know that the hackers first attacked Target’s partners, which had poor security policies, and then hijacked Target’s system.

The scenario is expected to occur at a higher frequency in the manufacturing industry, especially with multi-national corporations that plan to expand in developing countries.

The 2015 global report of Repository of Industrial Security Incidents (RISI) showed that hackers tend to eye the manufacturing sector. Energy, oil & gas, passenger transport, food, chemicals, electronics and outsourcing companies are their favorite targets. This is because the capability of the companies to protect themselves from hackers is weak.

Factory directors think their plants do not contain personal information and therefore, are not targets of attack.

Robert Trong Tran, PwC Vietnam’s Security Service Director, said hackers would not attack head companies in supply chains because the companies make heavy investments in security solutions. Instead, they would attack the other partners of the chains, located in developing countries.

Once they can control the systems of the partner companies, they will spread spyware to targeted companies. One of the most popular methods hackers apply is sending emails about payment vouchers together with malicious codes to accountants.

Several similar cases have been reported in Vietnam. According to Vo Do Thang, director of Athena network security, in 2009, a precision mechanical engineering firm in Binh Duong province had all the data about product design sent from the holding companies in the US stolen. Malware was then installed in the server of the company in Vietnam.

Tran from PwC Vietnam commented that in all cases, bad security policies will place difficulties for domestic businesses in cooperating with foreign partners. GE Capital has requested that its partners take out insurance policies for network security. This is expected to be a growing tendency in the time to come.

After a series of cyberattacks, multinational conglomerates have begun paying higher attention to the capability of their partners to protect themselves from attacks.

The reports of Kaspersky and Symantec last year showed that Vietnam ranked third in the world in the number of attacked mobile phone users and 12th in cyberattack activities.

PwC Vietnam estimates that Vietnam suffers the loss of VND8 trillion each year because of cyberattacks.

VNCERT said the number of cyberattacks in the first half of 2016 increased by 4.4 times compared with 2015.