VietNamNet Bridge – On the morning of July 4, a worker fell from the 12th floor of the building in Ho Chi Minh City but only his thighbone and scapula were broken.

VietNamNet Bridge – On the morning of July 4, a worker fell from the 12th floor of the building located on Highway 1A (Tan Tao Ward, Binh Tan District, Ho Chi Minh City) but luckily only his thighbone and scapula were broken. 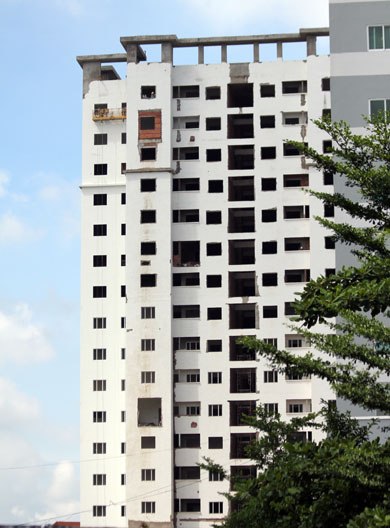 It is considered a miracle that the victim is still alive after falling from the 12th floor of this building.

At 9am, Mr. Huynh Thanh Chuc, 39, from Tien Giang province and a group of building workers were working on the 12 floor of the Thai Son apartment block when he missed his footing and fell to the ground.

As Chuc lied motionless on the ground, many colleagues thought he had died. However, the victim was only injured and taken to the hospital for emergency aid.

According to doctors, the worker is not in critical condition because the femur and scapula were broken.