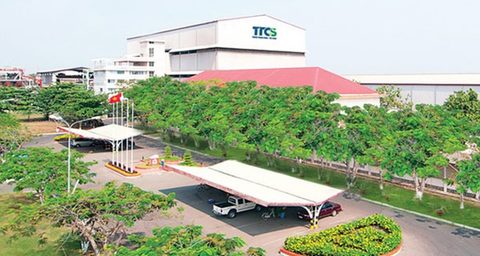 TTCS will issue nearly 304 million shares in a stock swap to acquire all outstanding shares of Bien Hoa Sugar at a ratio of 1:1.02.

The deal will be carried out within 90 days.

After the merger is completed, the chartered capital of TTCS will increase by VND3.04 trillion ($133.75 million) to VND5.57 trillion ($245.07 million). The new company will be renamed Thanh Thanh Cong Bien Hoa-Dong Nai Sugar Co., Ltd.

The combined turnover of the companies last year was VND8 trillion ($353.42 million) with its capital of VND10 trillion (US$$440.53 million)

Thanh Thanh Cong is one of several major companies to invest in the agricultural sector through mergers and acquisitions (M&A).

In recent years, though M&A activities in agriculture have admittedly not been as frequent as in other sectors, the agricultural sector too has seen a significant increase in the number of successful M&A deals, and several major investors like Vingroup, Truong Hai, PAN, and Unifarm have been involved.

They have benefited in the form of trillions of dong worth of turnover.

VinEco, a member company of Vingroup, the leading estate developer in Viet Nam has invested around VND4 trillion in agriculture, generating revenues of VND354 billion last year and an estimated VND2.25 trillion this year.

Those companies, all of which have strong resources and ambitious and methodical strategies, are expected to help improve the quality as well as productivity of the agriculture sector, thus creating more opportunities for M&A deals.

Analysts have come up with many reasons to explain giant companies’great interest in M&A deals in the agricultural sector.

Many of the Government’s recent policies are aimed at developing the agricultural sector with high quality and productivity.

Notable among those is a resolution to provide credit worth VND100 trillion (US$4.4 billion) at lower than market interest rates to develop high-tech agriculture.

It stipulates that banks must cut costs so they can reduce interest rates for enterprises and individuals engaged in high-tech agriculture by 0.5-1.5 percentage points. They also need to simplify disbursement procedures to ensure that these enterprises can borrow.

The Government is set to table amendments in the National Assembly to Land Law provisions stipulating limits on individual farm holding and to encourage development of technology-based farming models.

The Government’s plans to equitise several major agricultural enterprises and sell stakes in them will also encourage investors to enter the agricultural sector, energising the M&A market.

Besides, the Government will sell stakes in them estimated at VND1.643 trillion ($64.45 million).

Many of the agricultural companies have strong brands as well as extensive land use rights, which would also be attractive to investors.

This is part of the 3.6 per cent stake remaining from 2016 when it had planned to sell 9 per cent.

The SCIC hopes to earn at least VND7 trillion (US$308.4 million) from the sale.

Market observers said they expect the share sale to be more successful this time than the last time.

Last October, when SCIC sought to sell a 9 per cent stake in the company, despite the ostensible interest in the company among foreign investors, it turned out to be a disappointing exercise.

The failure to sell out was blamed on certain reasons, one of which was the timing of the sale: It was during Christmas when western investors are busy with other things.

The SCIC wanted to wrap the whole exercise in such a short time that consultants did not have enough time to complete the process of book building, which refers to the process of generating, capturing, and recording demand for shares to support efficient price discovery.

Investors had to start register and deposit between November 28 and December 9; the auction was scheduled from December 12 to 21.

The failure of the first attempt suggests SCIC needs to make some changes this time if it expects a different outcome.

The company should announce detailed plans related to the sale and pricing early so that potential investors have enough time to make a considered decision.

But, experts said, the company might face some problems with book running since Viet Nam lacks a proper legal framework for it.

Unlike last time, the company should not ask bidders to make a 10 per cent deposit, they said.