Fear of Inflation has returned as petrol price rises 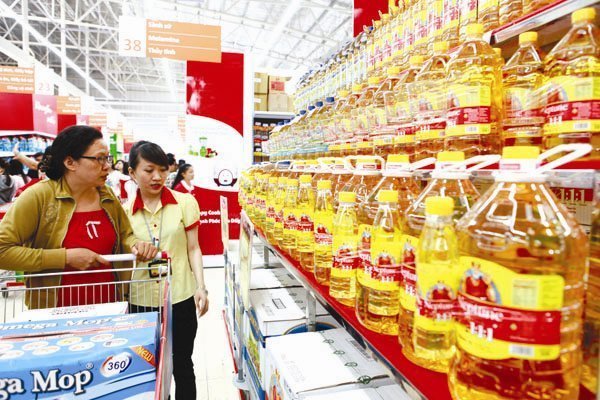 Many investors hope the crude oil price in the world market will climb to $50 per barrel and then hit the $55 and $60 per barrel threshold, so that shares of oil & gas firms could regain high price levels of two or three years ago.

But, other investors do not think so. They know that the crude oil price will lead to an unpleasant outcome for the stock market.

The stock market will have negative reactions if two things occur: the exchange rate is adjusted and inflation becomes high.

The oil price recovery has led to a continuous increase in petrol price in Vietnam.

In April, the petrol price increase was the major leverage which pushed the CPI up, while in May, price increases were seen occurring with all kinds of goods and services.


All kinds of goods and services bear influences, direct or indirect, from the petrol price performance.

The report of the General Statistics Office (GSO) showed that in the first five months of the year, the CPI increased by 1.88 percent over the end of last year, or 3 times higher than the CPI increase of 2015.

In order to curb the inflation at no more than 5 percent this year, Vietnam needs to have the CPI increase no higher than 0.44 percent a month in the last seven months of the year.

Meanwhile, it is impossible for Vietnam to control the prices of materials in the world market. Essential goods and services, including electricity, water, road toll, healthcare and education fee, all are about to rise.

The margin interest rates applied by securities companies are now much higher than the medium- and long-term loan interest rates set by banks, at 11-14.5 percent per annum.

The Q1 finance reports of securities companies showed that the total margin balance they have provided to investors had reached VND19 trillion, the figure maintained in the last 2-3 years. Investors use margin services if the market becomes volatile.