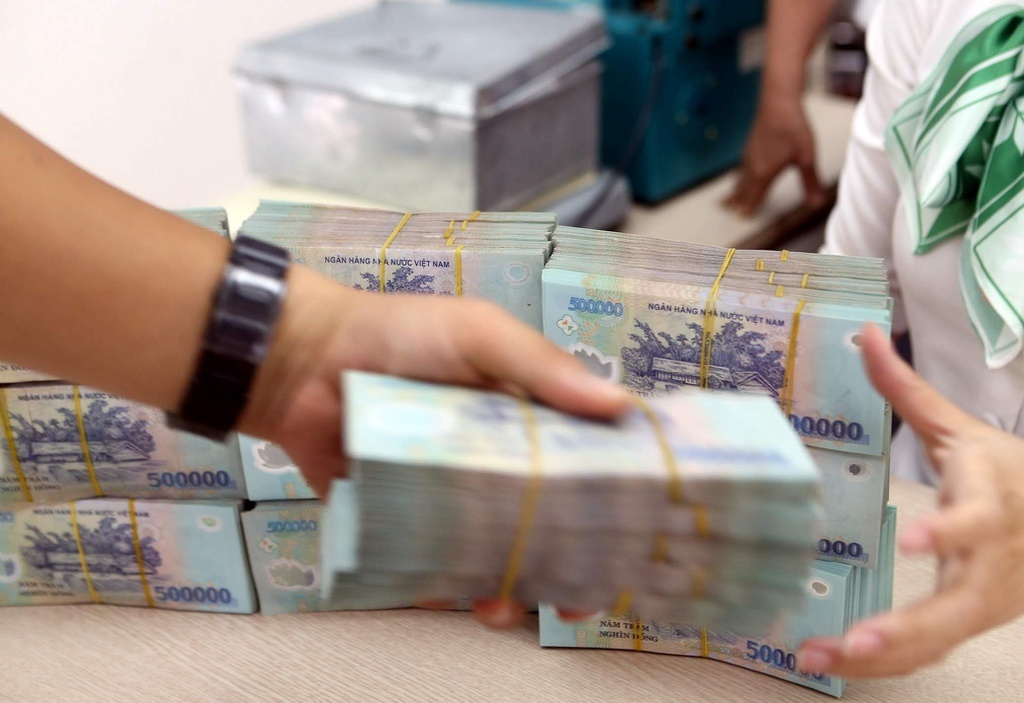 The Vietnam Plastics Association (VPA), for example, has sent a document to Prime Minister asking for urgent help. There are nearly 3,000 enterprises operating in the plastics industry employing 300,000 workers. Seventy percent of them are in HCM City and the southern provinces of Dong Nai, Binh Duong, Long An and Tay Ninh.

VPA said 50 percent of businesses in the industry have shut down or maintained production at a moderate level. There is a risk of unfulfilled orders and late deliveries.

The association has asked commercial banks to ease lending interest rates by another 2-3 percent.

The Hanoi Small and Medium Enterprise Association has surveyed nearly 1,500 enterprises in the city in June and found that 57 percent of them are operating at a moderate level.

Mac Quoc Anh from the association has made a 10-point proposal to help enterprises cope with current problems. One of the solutions is easing lending interest rates by 3-5 percent for SMEs.

The Vietnam Young Entrepreneurs’ Association has also sent a dispatch to the PM, asking to adopt solutions to help enterprises seriously hit by the pandemic.

The tourism sector wants more than interest rate cuts. Hoang Van Vinh, chair of the Nha Trang Tourism Association, said travel firms in the city are on the verge of bankruptcy. Since the Covid-19 pandemic broke out, Nha Trang has had few tourists. About 95 percent of hotels have closed their doors, while 5 percent are still operating but serving as quarantine facilities.

Following the State Bank of Vietnam's instruction and the meeting at the Vietnam Banking Association on July 12, some banks eased interest rates by 0.5-2 percent on existing and new loans.

Economist Can Van Luc said the total outstanding loans of the economy is VND9.6 quadrillion. If banks cut lending interest rates by 1 percent, the profit of the whole banking system would be VND96 trillion. It is estimated that the banks’ profit in the second half of the year may drop by VND40 trillion.

The foreseeable fall in profit may not be accepted by shareholders of the banks. It is not likely that banks will cut interest rates sharply.

According to enterprises, the business fields not listed as priority fields now bear an interest rate of 7.5 percent on average for six months. The interest rates are flexible after the first six months and may reach 8.5-9 percent.

As for long-term loans, the interest rates of 8-8.5 percent is applied for the first year and then 4-4.3 percent more.

They said that commercial banks which are making high profits amid the pandemic need to share difficulties with businesses.

A businessman said banks have cut lending interest rates but only very slightly. He warned that production has been seriously affected and workers have to take unpaid leave, and high interest rates are another burden on enterprises.

Vina CleanFood recently rejected an offered interest rate cut because it was too small, just 0.1-0.2 percent per annum.

Analysts said that most existing loans have interest rates of over 10 percent per annum, and if the interest rate falls by 1 percent only, this won’t help businesses much. With VND1 billion of loans, businesses would be able to save only VND10 million in interest rate each year.

After restructuring, banks gear up, ready for big deals