Covid-19 fatality rate in Vietnam lower than rest of world 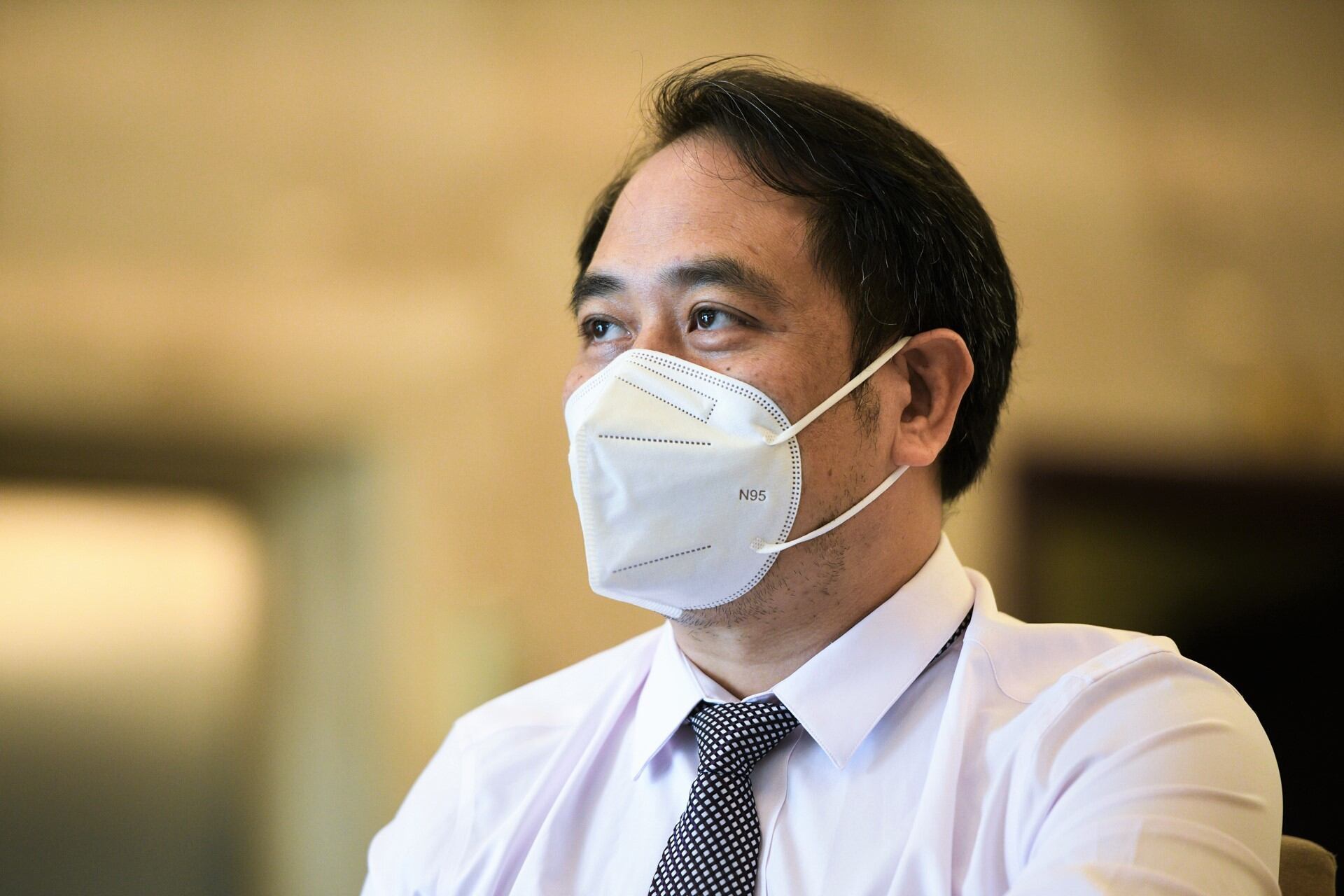 According to Worldometers, more than 4 million deaths have been reported so far out of 186 million infection cases globally, with deaths accounting for 2.16 percent.

The rates in Southeast Asia are 2.64 percent in Indonesia, 1.76 percent in the Philippines and 1.45 percent in Cambodia.

Meanwhile, the rate in Vietnam is 0.41 percent as of July 10 morning, which is lower than that in many other countries.

Nguyen Trung Cap, Deputy Director of the Central Hospital for Tropical Diseases, who has been taking part in treating severely ill patients since the day Covid-19 broke out in Vietnam, explains the varying rates.

Why is the death rate of Covid-19 patients in Vietnam lower than in other countries in the world?

The pandemic waves in Vietnam so far mostly occurred in industrial zones, and the infections are mostly young workers, with few underlying health conditions, so the death rate has been low. However, we also saw some relatively high death rates in some outbreaks which occurred in hospitals with seriously ill patients.

In all outbreaks, we strictly control F0 cases when they are found and try to curb the number of severely ill patients, not letting the figure go beyond the capacity of the intensive care medical system. The shortage of ventilators, the lack of oxygen, and exhausted medical workers have never happened in Vietnam.

We have succeeded in curbing the Covid-19 death rate at a low level compared with many countries in the world.

The fourth outbreak occurred on a large scale with a high number of infections, which requires the treatment system to make greater efforts to preserve this achievement.

As you have said, the intensive care system plays an extremely important role in helping reduce the Covid-19 death rate. What do you think about the capability of the system in Vietnam?

Resuscitation and Emergency is a difficult speciality which requires thorough training. They work hard and the income is modest. It is difficult to attract doctors to the speciality.

Emergency and resuscitation equipment such as ventilators, dialysis machines and ECMO are very expensive, and they are not as profitable as other machines (ultrasound machines, vascular interventions, etc.). So they are not among priority investment items for many hospitals.

This is true except for the three big healthcare centers Hanoi, HCMC, and Hue-Da Nang, and some large provinces which have good resuscitation and emergency equipment, and good staff. Meanwhile, the capability in other localities remains modest.

In the outbreaks so far, Hanoi, HCMC and Hue-Da Nang have been giving support to other cities and provinces. However, if the outbreak is a large scale and if they cannot get strong support anymore, some localities will face difficulties in treating severely ill patients.

Many asymptomatic Covid-19 patients or patients with mild symptoms may recover on their own, so some experts believe that it would be better to isolate them and watch their health conditions at home, so as to ease pressure on treatment facilities. What is your opinion?

Newly infected patients may or may not have symptoms. Most of them will enter the recovery period after seven days. But in many cases, patients don’t have considerable initial symptoms, but turn critically ill, or even die after 7-8 days. It is impossible to know in advance which cases will be mild or severe.

Do you think we need some solutions to classify severely ill and mildly ill patients?

The key time to classify patients is the 7th-8th day from the time of infection. However, the difficulty is that many cases have no symptoms, so it is difficult to define which day is the 7th or 8th day of the disease.

So, we consider the cases tested positive for nCoV in the first week as the ones at risk of turning severe which need to be closely watched, especially on the 7th-8th day. Meanwhile, those, who don’t turn worse after the 8th day will be considered as mild cases. They don’t need further treatment and need to be put under quarantine and wait for recovery.

The biggest problem now is that some physicians still make mistakes, considering patients with no symptoms or mild symptoms as mildly ill patients who don’t need close care. As a result, severe symptoms were not discovered in a timely way.

The second difficulty is that in order to recognize early the risks of the disease turning more severe, it is necessary to have blood coagulation and immunology tests and proper interpretation.

Since Covid-19 is a new disease, these kinds of tests still cannot be carried out in many places. As a result, doctors only discover problems when they see severe clinical manifestations, such as dyspnea or shock, and the treatment, therefore, is less effective.

The third difficulty is that even the patients with severe lung damage and respiratory failure may not have signs of dyspnea. This condition is called “silent hypoxia”. If physicians are inexperienced or lack the equipment to measure blood oxygen saturation, it could lead to a critical situation.

What does the healthcare sector need to do to minimize the number of asymptomatic patients who may become critically ill?

It’s necessary to consider newly discovered Covid-19 patients as a high-risk group that needs to be closely watched for one week. If any signs of patients getting worse are discovered during that time, patients need to be transferred to the treatment area in accordance with the pathogenesis regimen.

Only the patients who don’t have signs of getting worse after one week will be considered as mildly ill patients and transferred to a quarantine area where they will wait for recovery.

Half of the two million doses of Moderna COVID-19 vaccine assisted by the US have been funneled to Ho Chi Minh City to help the southern hotspot stamp out the worst outbreak upon the request of the Health Ministry.