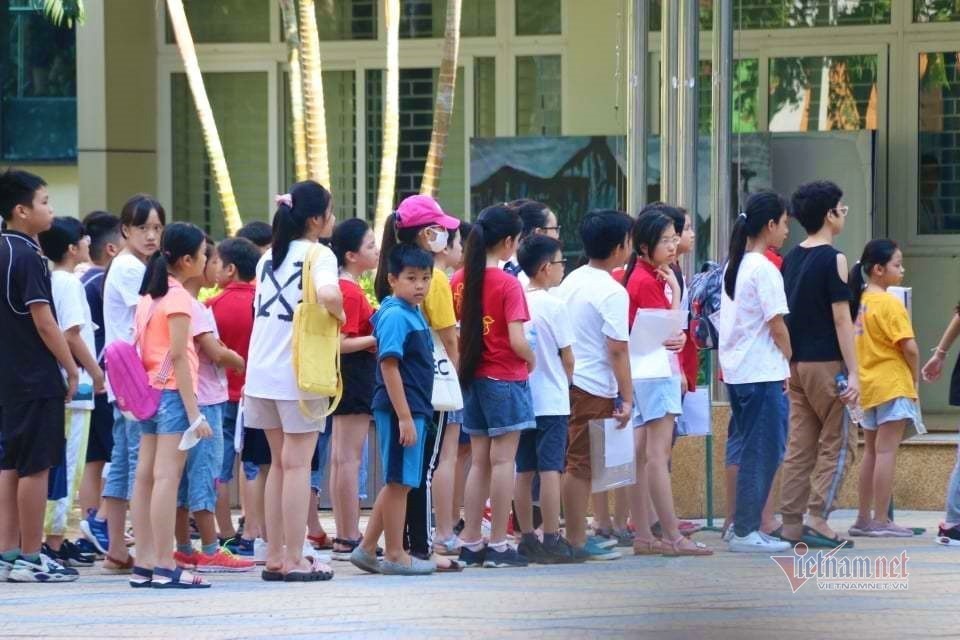 The dual-degree training program is favored by many students

The Hanoi Education and Training Department has worked with district sub-departments on a plan to stop enrolling students in the sixth grade of the dual-degree training program after three years of running the program on a trial basis.

The department asked for the Hanoi People’s Committee’s opinions on the issue.

Parents and students were surprised because the education department had mentioned enrollment in the dual-degree program in a document released some weeks ago.

When their daughter entered the third grade, Diep and her husband began thinking about where to send the girl when she finished primary school – the dual-degree program or the high-quality program at the Cau Giay Secondary School.

After consulting with her colleagues at the office, she decided that her daughter would apply for the dual-degree program, because she would be able to practice English every day following the advanced training program.

“We need to program our daughter’s study very early because she needs time to prepare for the entrance exam,” Diep explained, adding that many students want to follow the program and her daughter would have to compete with many excellent students.

To prepare for the exam, Diep registered for many tutoring classes in English and Math (taught in English) for her daughter. She has pursued a very busy timetable for the last two years.

But it seems their efforts were in vain.

Why a dual-degree program?

More than 3,000 students attended entrance exams in July 2020 to seven schools allowed to run the dual-degree training program. The students finishing the program will get an IGCSE Cambridge certificate (International General Certificate of Secondary Education) in addition to a Vietnamese secondary school certificate.

Only 350 students were chosen from the exam, which means that one student had to compete with nine other students for a seat at the schools. Education experts commented that the competition ratio was too high, and the entrance exam was even tougher than the university entrance exam.

H.T.M, whose daughter is a fifth grader in Tay Ho district and is preparing for the entrance exam to the dual-degree program at Chu Van An Secondary School, said the program is favored by parents because students can study English with native speakers. Also, there are not too many students in the classes, and the tuition is not as high as tuition set by private and international schools.

“With the program, public school students can access international education at a reasonable cost,” she explained.

M said she could not understand why Hanoi decided to stop the program which is running well and favored by many students.

She said the education department should have informed them about the intention to stop the program many months ago.

“They always make sudden decisions, which puzzles us,” M said.

Diep complained that she doesn’t know what to do now. "It is too late to begin preparing for the high-quality training program now,” she said.

What does the education department say?

The Hanoi Education and Training Department on April 23 held a press briefing about about stopping student enrollment for the dual-degree program in the 2021-2022 academic year.

Under the the dual-degree training program on a trial basis for six years approved by the Hanoi People’s Committee in Decision 2830 on June 8, 2018, enrollment of students in the sixth grade of the program would be implemented in the 2018-2019, 2019-2020 and 2020-2021 academic years. From the following academic years, Hanoi will not enroll sixth graders for the program, but will only continue teaching students who will move up to the 7th, 8th and 9th grades.

Under the project, the education department will join forces with local departments to review the implementation of the project and make decisions for the next period.

Asked why the education department still showed guidance on enrollment in the program in a document released a couple of weeks ago, he said after consulting city leaders on the issue, the department decided to stop the enrollment.

He said that schools know the roadmap of the project, and that parents were surprised about the suspension of the program because of problems in information.

“We regret that the details of the program could not reach all parents, and some parents misunderstood that the program would continue,” he said.

Regarding the police investigation, Tien said this is professional work of the police, and the department did not know about the investigation as it is a national secret. He reaffirmed that the program has been suspended not because of the investigation. The suspension had already been planned before. 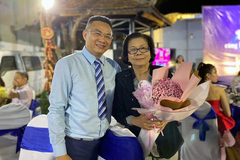 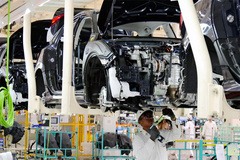