Land price soars by 600%: advantages turn into barriers to development

The sharp increase in the land price framework for the 2020-2024 period will have an adverse impact on the investment environment of many localities, experts have warned.

The Tay Ninh People’s Committee, for example, has released a land price framework to be applied in 2020-2024, which shows sharp price increases of 300-600 percent compared with 2019. 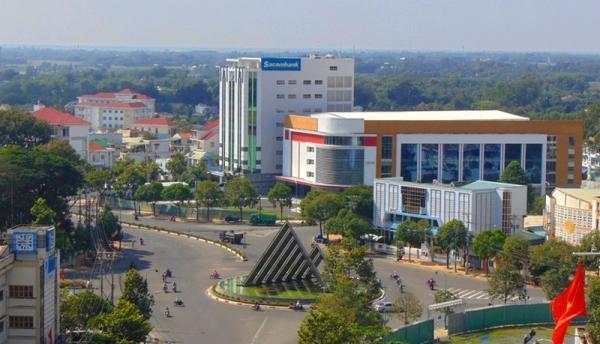 In Tay Ninh City, the price has soared from VND11.5 million per square meter to VND30.2 million for land plots at 30/4 Boulevard from Mui Tau junction to Tran Hung Dao School crossroads.

Similarly, land in the area from Cach Mang Thang Tam (August Revolution) Road to Hoang Le Kha Road is now priced at VND27 million per square meter instead of VND12.6 million as seen in 2019.

Land on Ham Nghi Road has seen the price increase by VND1.8 million to VND11 million.

At Hoa Thanh Town, the price of land on Hung Vuong Road has increased by three times from VND9 million to VND32 million.

It is nearly equal to the land price in first-class urban areas such as Bien Hoa City of Dong Nai province.

The manager of a large real estate firm said the skyrocketing land price has upset the firm’s investment plan.

“We may have to scale down our investment project or seek opportunities in other provinces,” he said.

A representative of a HCM City-based real estate firm said his company had decided to give up a project in Tay Ninh, even though it had spent a lot of time on it.

“The land prices are overly high and we are sure we would take a loss with these prices,” he said.

Experts have warned that the unexpected price surge, instead of gradual increases under a roadmap, will have a negative impact on the local economy.

Le Hoang Chau, chair of the HCM City Real Estate Association, said that the land price framework set by local authorities will have a ‘domino effect’ and push market prices up.

A shophouse in Tay Ninh City is offered for sale at VND90 million per square meter, while a similar product in Bien Hoa City of Dong Nai province is sold at two-thirds of that price.

Experts warn that the increase in the land price framewirk may lead to a frozen local real estate market.

Tây Ninh Province is located just 100 kilometers from HCM City in an advantageous position, with good geographical conditions (adjacent to three provinces of Cambodia) and with the two international border gates of Moc Bai and Xa Mat.

But Tay Ninh’s economy has not developed adequately.

In recent years, Tay Ninh has attracted large investors, including Vingroup, Sun Group and FLC. However, there are only two projects, including Vincom commercial complex and Sun Word Ba Den Mountain tourism site. There is no project with land area of over 10 hectares.

To speed up the development of its economy, experts believe that provincial authorities need to set up attractive policies and create favorable conditions for large corporations to develop large-scale projects there.

Once large investors develop tourism and trade ecosystems, other investors will then flock to Tay Ninh.

As for measures to lure investors, Chau said HCM City has been a success story.

HCM City, for example, exempted land rents and taxes for Intel to lure the giant manufacturer to its hi-tech park.

“The municipal authorities laid down the red carpet for the technology firm from the US with the highest-ever incentives,” he said.

“When an ‘eagle’ (big investor) comes to Vietnam, it will help lure other flocks of birds,” he explained.

Other localities could attract "top dogs" by offering big incentives and special policies to investors, such as tax and land rent incentives, simple procedures, and quick ‘clean’ land allocation.

These can also be applied to Tay Ninh, which is eager for large scale projects.

“Provinces won’t be able to lure investors if they turn the land price framework into a barrier,” Chau said. .

Nghe An Province's People’s Council recently had to lower the IZ land prices in Dong Nam Economic Zone to be applied in the 2020-2024 period, after it realized that the land prices were unreasonable and higher than the land prices in Thanh Hoa and Ha Tinh, two neighboring provinces.

According to CBRE, the land rents in IZs soared by 20-30 percent in the third quarter compared with Q3 2019.

“Someone said the land rent in IZs has surged to $150-200 per square meter. But rent of $100 is considered high already,” said Do Nhat Hoang, director of the Foreign Investment Agency (FIA).