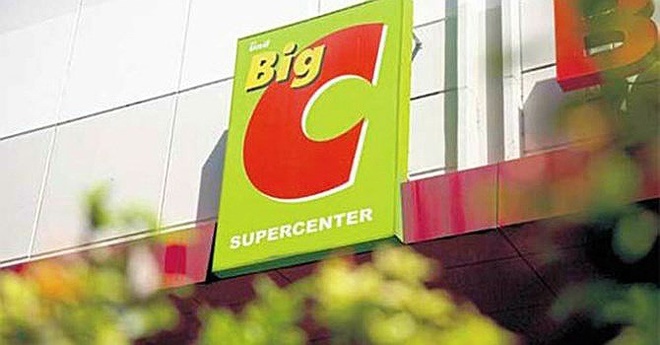 Other Big C hypermarkets, one after another, wi also be repositioned and renamed this year. Once the process completes, Big C, the brand which has been familiar to Vietnamese for 22 years, will no longer exist in Vietnam.

In 2016, Casino sold the entire Big C chain to Central Group from Thailand for $1 billion. Soon after wrapping up the deal, the Thai group set to work on a plan to rename the chain in 2017, though it has the right to use the name for 10 years.

Prior to that, Metro Cash & Carry was sold to TCC Group in 2015. The Thai business spent 655 million euros to acquire 19 Metro centers in Vietnam.

Following Maximark and Ocean Mart, Fivimart was eliminated from the retail market after it merged with Vinmart. Twenty-three Fivimarts were renamed Vinmart in October 2018.

Another French retail brand – Auchan – also had to shut down in Vietnam in 2019. The retailer entered Vietnam in 2015 and left four years later after developing 18 supermarkets in Hanoi, HCM City and Tay Ninh.

The stiff competition in the home appliance retail market has also resulted in the departure of big brands. In 2018, The Gioi Di Dong bought 23.6 million shares of The Gioi So Tran Anh JSC, the owner of Tran Anh chain.

At that moment, Tran Anh was a well known brand with a network of 34 stores. After the takeover deal, one of the biggest deals in the market, Tran Anh belonged to Dien May Xanh.

Vien Thong A, which pioneered the mobile phone and electronic device distribution market with 200 stores nationwide, has also disappeared. In late 2018, Vingroup acquired 65 percent of Vien Thong A shares in a plan to expand the business of its Vinpro. However, just one year later, VinPro was dissolved.

As for convenience store brands, Shop&Go no longer exists after it was sold to Vingroup for just $1. The chain joined the market in 2006, sold a variety of products, from processed food to industrial products and cosmetics. In its golden days, Shop&Go was the largest convenience store chain with 100 stores in 2013, while its rivals only had 30 stores.

With nearly 100 million people, increasingly high income per capita and stable economic development, analysts believe that Vietnam will continue to be a potential retail market. If the current high growth rate is maintained, the Vietnamese retail market value will reach $200 billion in two years.

However, the disappearance of many retail brands shows that not all retailers can grab opportunities in this market.

Auchan said it had unsatisfactory business results during the 5-year presence in Vietnam. In 2018, it had modest turnover of 45 million euros.

At the time it was sold to The Gioi Di Dong, Tran Anh was incurring a loss of VND4 billion according to a finance report for April 1 – December 31, 2018, while the accumulated loss had reached VND58 billion by that moment (its charter capital was VND249 billion).

While Auchan and Tran Anh were sold for good prices, Cua Hieu va Suc Song, the owner of Shop&Go, got $1 only when selling to Vingroup.

Do Thi Thu Hang from Savills Hanoi believes that the Vietnamese retail market will be even stiffer in the future because foreign retailers, after a long period of learning about the market, have better understood the taste and habits of Vietnamese consumers. This will allow them to create reasonable business strategies to compete with Vietnamese rivals.

The success of retailers will be determined by business strategies and technology usage to fit the modern consumers’ habits.

According to Hang, the weak point of Vietnam’s retail market is the lack of a master plan to introduce retail premises to big retail developers. The land prices are high in major urban areas, which requires high initial investment rates, and it takes a long time to recover investment capital.