The technical breakdown at the HCMC Stock Exchange (HOSE) in late January shows that the finance and banking sector in Vietnam urgently needs to undergo digital conversion, analysts have said.

VietNamNet Bridge - The technical breakdown at the HCM City Stock Exchange (HOSE) in late January shows that the finance and banking sector in Vietnam urgently needs to undergo digital conversion, analysts have said. 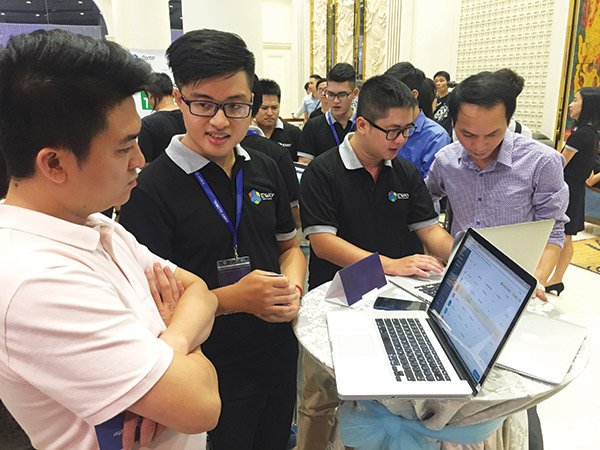 Banks is witnessing the fastest digitalization process in Vietnam

Trading orders could not be entered into the system on January 22 due to a software flaw. Vietnam's largest stock exchange had to close for two days to fix the technical problems.

In a press release, Le Hai Tra from HOSE’s management board said the transaction system used at HOSE is good with high stability. It was once used at the Chicago Stock Exchange and Thailand Stock Exchange.

He said the system has been undergoing periodic maintenance and has been upgraded several times. At the time when the breakdown occurred, the number of orders the system was dealing with were just 25 percent of the system’s capability.

However, analysts said that incidents caused by software flaws are unacceptable.

Banking is witnessing the fastest digitalization process in Vietnam. Most Vietnamese banks are using the most advanced technologies, from Mobilization to Big Data.

TP Bank has launched Livebank, an autobank service which allows clients to use banking services 24 hours a day. The bank has installed next-generation ATMs in large cities.

The technology allows the bank to cut costs opening branches and transaction offices and allows clients to make transactions at a time convenient to them.

Meanwhile, other banks are using new technologies such as artificial intelligence and big data analysis to answer customers’ inquiries automatically and to research customer behavior so as to provide suitable services to different groups of clients.

Experts predict that business activities based on digital platforms will make up 44 percent of banks’ total revenue this year, compared with the 32 percent proportion in 2014. Digital technology is expected to change the face of Vietnam’s banking sector.

Blockchain technology has been introduced by cloud computing service providers in Vietnam by IBM, Microsoft and Oracle.

Vu Manh Hoang from IBM Vietnam said it is a simple and easy way to access technology, and the cost is reasonable. At first, businesses can use the technology on a small scale, for 5-7 officers, and can expand the scale later, depending on demand.

IBM believes that from now to 2020, blockchain will be one of 10 leading technologies in the world, including Vietnam. Many more Vietnamese enterprises will use the technology this year.