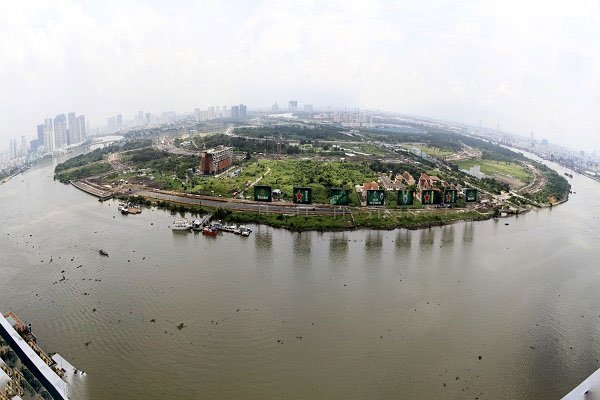 In the second quarter of this year, the number of extra condominium units in the city decreased by 36% from a year earlier to a total of 6,109. However, new supply for the period still rose by 5% year-on-year.

Notably, the mid-end segment witnessed the greatest decline in new launches in the period, down 62% quarter-on-quarter and 52% year-on-year.

According to CBRE Vietnam, a blaze at the Carina Plaza condo complex in the city’s District 8 in late March, which claimed 13 lives, has put a stronger focus on safety measures in condominium projects and has made the process of obtaining the relevant safety certificates more stringent.

Besides this, the Government has placed a cap on bank credit for real estate to curb the overheating of the market. As a result, developers are expected to look for other sources of funding, besides bank loans.

Some real estate developers have listed or showed intention to list on the Hochiminh Stock Exchange, including Vinhomes, Van Phu Invest and Cenland, while others have turned to overseas exchanges such as the convertible bond issuance of Novaland on the Singapore Exchange.

The high-end segment accounts for the highest proportion of new-launch units in Q2 at 54%, followed by the mid-end segment at 42%. The quarter recorded one new luxury launch: the Cove Residence tower of an Empire City project with 40 units.

Sales momentum continued to be positive in the period, with more than 80% of newly launched units having been absorbed. There were 6,947 sold units in total, down 25% quarter-on-quarter and 29% year-on-year.

The average price of these units on the primary market was put at US$1,580 per square meter between April and June, a quarter-on-quarter increase of 3% due to rises in prices in the luxury segment. Primary price increases of 3%-5% were observed in some districts, including District 4, Binh Tan and Tan Phu.

Even with a slow start, CBRE Vietnam predicts that the mid-end segment is expected to maintain a high proportion of new units in 2018, thanks to some large-scale projects that are likely to be launched in the latter half of the year.

On the other hand, busy pre-sale activities for some luxury projects over the past six months show that the market still has considerable interest in this segment.

The eastern and southern areas of the city will continue to be hotspots for the rest of the year, especially the Thu Thiem New Urban Area in District 2.

Though sales momentum will continue to be upbeat, the real estate service provider noted that developers should focus more on handover quality, facilities and management quality to gain customers’ trust and differentiate themselves from the competition.

In a related development, CBRE Vietnam also released another report on the real estate market in Hanoi City in the second quarter of the year.

The period saw 6,534 units launched by 19 projects in the capital, down by 20% from a year earlier. These projects are mostly located in the western and northern areas of the city, making up 53% and 25%, respectively, of total newly launched units.

Notably, three new projects in the high-end segment, D’Eldorado 2, Starlake and Vinhomes West Point, are all in prime locations, which drew positive market attention. The share of this segment rose to 37% from the previous quarter of 15%.

As many as 5,900 units were sold during the period, down by 22% year-on-year. CBRE Vietnam noted that this time of year is when developers typically review their current product portfolio and prepare for the launch of new products at the end of the year. The slower launch speed also allows the market to absorb unsold units.

The average selling price from developers in the quarter was recorded at US$1,332 per square meter, down by 0.4% quarter-on-quarter, but up by 0.4% year-on-year. There were slight adjustments up and down from 0.3% to 1.5% across various market segments during the period. The three new high-end projects have increased the average primary price of that segment by 1.5% year-on-year.

In 2018, CBRE Vietnam forecast there will be some 32,000 units launched in Hanoi, a year-on-year drop of 10%. The decline allows inventories to be absorbed, which is a positive signal for the market. This shows that developers are more experienced in developing residential projects and analyzing market conditions.