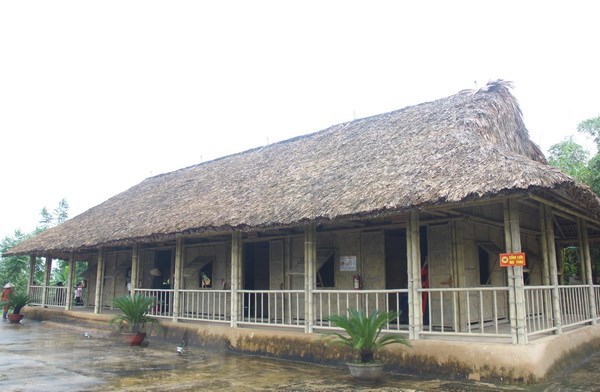 The credential was presented on September 1, 1954, by Chinese Ambassador to Vietnam Lou Guibo to President Ho Chi Minh, making China the first country in the world recognising the Vietnamese administration and setting up diplomatic ties with Vietnam.

The event is an important historical milestone in the Vietnam-China friendship. Since then, the relationship between the two countries has been reinforced and expanded in all fields.

So far, Vietnam has shared diplomatic relations with 187 countries, including world powers, along with economic partnership with over 220 foreign markets. Vietnam has become a member of many international organisations and forums, including the Francophone, the United Nations, the Non-Aligned Movement, the Association of Southeast Asian Nations, the Asia-Europe Meeting, the Asia-Pacific Economic Cooperation Forum, and the World Trade Organisation.

In 2011, the area was recognised by the People’s Committee of Thai Nguyen as a provincial relic site.

In 2013, the Foreign Ministry invested over 16 billion VND to build the relic site to educate people on the historical significance of the area.

In 2017, the Ministry of Culture, Sports and Tourism certified the area as a national heritage, turning the area into a tourist destination of Thai Nguyen.-VNA