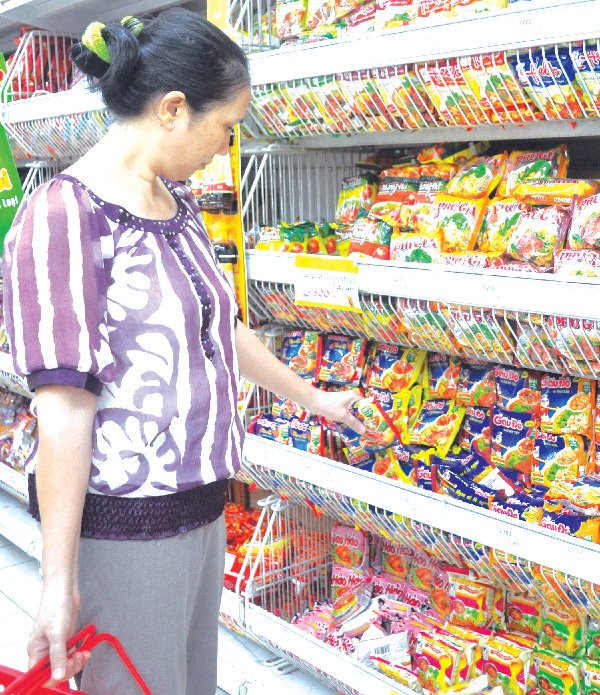 The revenue and profit came mostly from deep-fried shrimp paste production, its core business field. Sagimexco has led the market segment for many years, with its rivals trailing far behind.

Sai Gon Food has also reported prosperous business results for 2017. The company has the top position in hotpot products and is an exclusive manufacturer of fresh rice gruel.

Asia Brand Power, a newly released report from Kantar Worldpanel, showed that Vietnamese brands are dominating the domestic market. They hold 78 percent of rural market share, or 3.5 times higher than that held by foreign brands, while the figures are 71 percent and 29 percent, respectively, for the urban market.

The success of Vietnamese brands is attributed to the close cooperation with Vietnamese retailers.

A report from Nielsen also showed that Vietnamese brands have advantages in the food and beverage sectors, where they hold 69 percent and 45 percent market share, respectively.

As for home care and personal care products, multinationals have advantages, but Vietnamese enterprises have seen higher growth rates.

Vietnamese companies gained a 7 percent growth rate in 2016, higher than the 5 percent in the two years before, and 5 percentage points higher compared with global companies, making up 42 percent of total revenue of the entire FMCG sector.

The dominance of Vietnamese companies, to some extent, puts them at risk because they could be the targets for foreign giants planning M&As.

Seventy percent of shares of Vietnamese Cau Tre JSC, a well-known brand in the frozen food market, have been taken over by CJ Group.

The South Korean group took over Ong Kim brand, while Kinh Do Group sold its sweets manufacturing division to Mondelez from the US.

She believes that only companies with long-term business development plans can protect their ‘Vietnamese origin’.