And it once again drew the public’s attention in mid-2019 when it gave back the retail premises at the Phu Dong roundabout to the landlord and shut down another shop in HCM City. 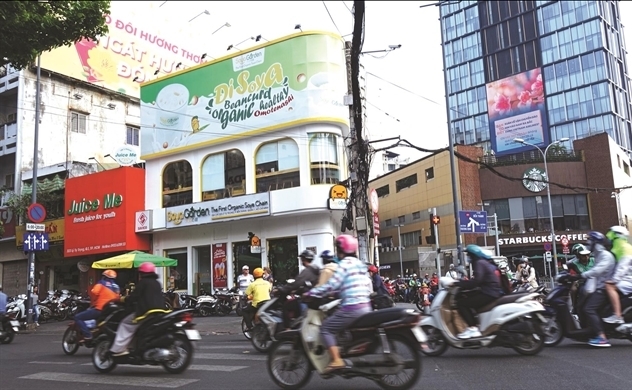 Not only Phuc Long, but many other coffee brands have had to scale down their business. Gloria Jean’s Coffee, New York Dessert Coffee and Coffee Bar left the market. South Korean Bene, which made a noisy debut in Vietnam, had to leave also.

Other coffee chains such as Highlands Coffee, The Coffee House, Starbucks, Trung Nguyen and Cong Ca Phe still exist. The Coffee Bean & Tea Leaf has closed some shops, but still has several that are open.

Highlands Coffee has just opened its 300th shop. Starbucks has 49 shops after six years of presence in Vietnam. The Coffee House, with 145 shops, is marching towards the central and northern regions. Meanwhile, Trung Nguyen had 66 Trung Nguyen Legend shops and 36 E-Coffee shops by June 2019.

According to Virac, a market analysis firm, the revenue of Highlands Coffee increased by 31 percent in 2018 and the chain is No 1 in the market with the revenue of VND1.6 trillion.

The competition in the market is getting fierce. To stand firmly in the No 1 position, Highlands Coffee accepted to take a loss for a long time and only began making a profit in 2017 with VND132 billion. The profit reduced slightly in 2018 with VND129 billion.

One of the biggest problems coffee chains face is the high rent.

According to Savills, the retail premises rent on Nguyen Hue, Ngo Duc Ke and Phan Xich Long streets are between $6,000 and $20,000 a month. The rent keeps increasing because the brands with powerful financial capability are willing to spend big money to obtain advantageous sites.