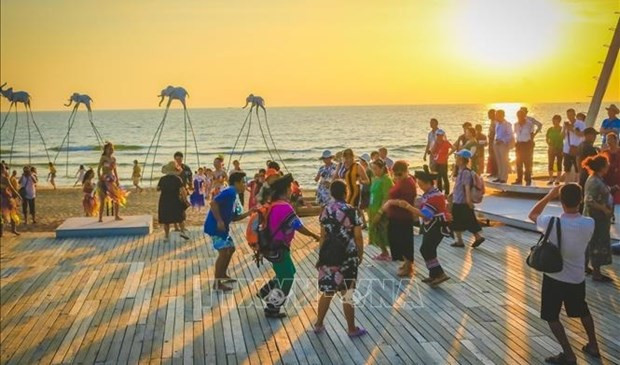 Visitors coming by air accounted for 87% of the total and 9.4 times that of the same period last year.

In June alone, Vietnam welcomed nearly 237,000 foreign arrivals, up 36.8% compared to the previous month, and 32.9 times that of the same period last year.

Statistics show that the revenue from accommodation and catering services surged by 20.9% in the first six months, and 80% in June, over the same period last year.

Meanwhile, the travel service revenue in the January – June period surged by 94.4% over the same period last year thanks to the strong recovery of tourism activities, especially the boom of domestic tourism in the second quarter. Some localities recording high revenues were Khanh Hoa (up 627.8%); Can Tho (183.9%), Hanoi (129.3%); Da Nang (98.5 percent); and Quang Nam (67.8 percent)

The tourism sector of Ho Chi Minh City reported that the city welcomed 11 million domestic holiday-makers and 478,000 foreigners in the periods, up 43.1% and 100% year-on-year, respectively.
Source: VNA