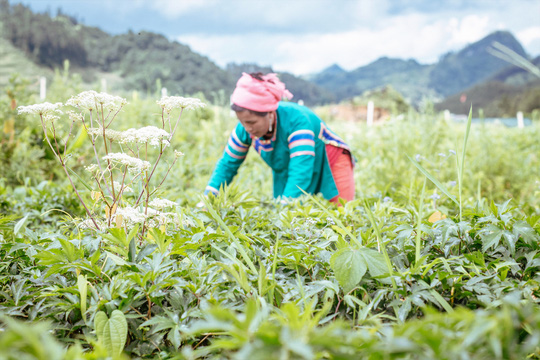 A survey conducted by Grant Thornton earlier this year found that the healthcare & pharmacy market is among the three business fields most attractive to foreign investors. The other two are food & beverages and retail.

Foreign investors have been increasing their presence in Vietnam by buying stake in Vietnamese pharmacy firms.

Abbott acquired a 51.69 percent stake in Domesco JSC, one of the largest deals made recently.

Analysts said SCIC (the State Capital Invetsment Corporation) plans to sell all of Domesco’s shares, 34.7 percent of charter capital in 2017. Abbott won’t miss the opportunity to acquire all of Domesco.

In another affair, Taisho, one of the top 4 Japanese pharmaceutical conglomerates, has become a large shareholder in Hau Giang Pharmacy, holding a 24.4 percent stake. In July 2017, the company’s management board unexpectedly submitted to the shareholders’ meeting a plan to lift the foreign ownership ratio ceiling to 100 percent.

At Traphaco JSC, two foreign shareholders Mekong Capital and Vietnam Holding, are finalizing divestment procedures. The divestment by the two funds would bring a golden opportunity to other foreign investors who want Traphaco shares.

Sources said a large pharmacy conglomerate from South Korea will buy a stake to be sold by the two funds at a price 35 percent higher than the market price.

Buying a stake in Vietnamese pharmacy firms is seen as ‘killing two birds with one stone’ which not only allows investors to make money with shares, but also helps them enter the domestic market.

Under Vietnam’s FTA commitments, foreign pharmacy firms are not allowed to distribute drugs directly in the Vietnamese market. However, once holding a controlling stake in Vietnamese firms, they have opportunities to distribute their products in Vietnam.

An analyst commented that, when buying pharmacy shares, foreign investors are not  targeting production lines of pharmacy firms or their staff, but the potential market.

Therefore, he said, while foreign capital flow into the pharmacy sector will help Vietnamese manufacturers improve their competitiveness, it will also bring risks: Vietnamese firms may fall into foreign hands.