FDI into Vietnam via mergers and acquisitions is on an upward trend, underlining the growing appetite among foreign companies to acquire stakes in existing companies as the fastest way to strengthen their foothold in the country.

Foreign direct investment into Vietnam via mergers and acquisitions is on an upward trend, underlining the growing appetite among foreign companies to acquire stakes in existing companies as the fastest way to strengthen their foothold in the country. 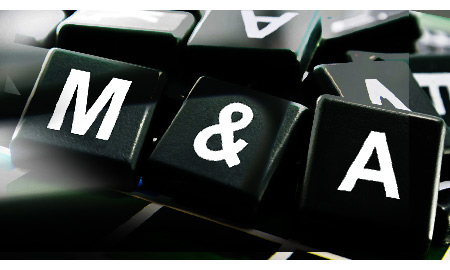 According to the online market intelligence and finance news firm StoxPlus, 2014 recorded 265 completed merger and acquisition (M&A) deals with a total value of $4.6 billion.

Inbound M&A into Vietnam was valued at over $3 billion in 2014, StoxPlus reported. This number accounted for just a seventh of total foreign direct investment last year, but represented a 64.9 per cent bounce on the disappointing $1.83 billion of inbound M&A recorded in 2013.

“This is a growing global trend and Vietnam is no exception. This is one of the fastest ways to expand business in Vietnam, particularly when the nation is going to enter a series of free trade agreements like the ASEAN Economic Community, Vietnam-EU Free Trade Agreement and the Trans-Pacific Partnership,” said Nguyen Mai, chairman of Vietnam Association of Foreign Invested Enterprises.

Thai investors are leading inbound M&As. Thai consumer conglomerate Berli Jucker (BJC) last August announced it had offered $876 million to buy the Vietnam cash-and-carry unit of German’s Metro AG. However BJC shareholders in January rejected the deal because of concern over financial risks, leaving TCC Holding – the largest shareholder in BJC – to carry on its interest in Metro alone.

Given the growing momentum in 2014, foreign direct investment through M&A activities have also shown positive signs in 2015, with deals announced by Thai and Japanese companies. Thailand’s Central Group in January announced it would acquire 49 per cent of Vietnam’s electronics retailer Nguyen Kim. Japan’s largest retailer Aeon last month also announced it would acquire two Vietnamese retailers Citimart and Fivimart, in line with the construction of its own stores in the north and the south.

StoxPlus believes that inward M&A activities will keep on rising in 2015, given the acceleration of equitisation of state-owned enterprises (SOEs). More than 300 SOEs are slated for equitisation, offering huge opportunities for foreign investors to jump into the market.

“From 2015, SOEs’ initial public offerings for telecommunications, construction and materials, retail, and travel and leisure are all going to take place,” the company stated in a note, pointing to the growing M&A opportunities.

According to a recent StoxPlus survey, 66 per cent of foreign investors were optimistic about M&A opportunities from SOE equitisation process.

“This indicates that there will be increased foreign interest in SOE equitisations and state divestment in the coming year,” the company states.

Foreign investors will also be encouraged by the changes in rules from July 1, when the newly amended Investment Law will no longer require them to lengthy investment certificate procedures when buying stakes in Vietnamese companies. This is expected to end years of uncertainty and frustration faced by foreign investors eyeing Vietnam market entry or expansion through M&As.