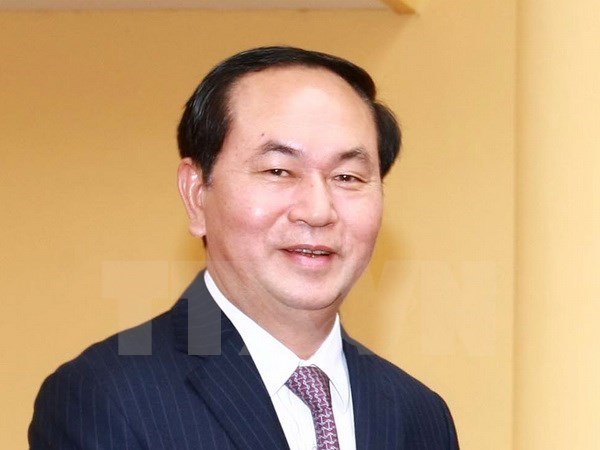 Earlier, Lao NA Chairwoman Pany Yathotou sent a message of congratulations to NA Chairwoman Nguyen Thi Kim Ngan, in which she wished to work with her Vietnamese counterpart to nurture the special relations between the two countries in general and the two legislative body in particular, for the interests of the two peoples and for peace, friendship, cooperation and development in the region and the world.

Congratulating the newly-elected President on April 2, Chinese President Xi Jinping affirmed that China attaches extreme importance to its ties with Vietnam and is willing to work with Vietnam to maintain strategic dialogues and intensify result-orientated cooperation in all fields in order to make the bilateral ties develop sustainably and healthy.

Meanwhile, in his message sent to the Vietnamese Chairwoman on March 31, Chairman of the Standing Committee of the National People's Congress of China Zhang Dejiang showed his willingness to promote cooperation between the two nations’ legislatures to contribute to stability and development in each country.

On April 2, Russian President Vladimir Putin cabled a letter of congratulations to President Tran Dai Quang, expressing his belief that the new President will use his experience to address Vietnam’s urgent socio-economic development tasks efficiently.

He noted his hope to coordinate closely with his Vietnamese counterpart to further the Russia-Vietnam comprehensive strategic partnership.

In the morning of April 2, new President Tran Dai Quang was sworn into office after 91.5 percent of the total National Assembly (NA) deputies elected him to the position by secret ballot during the ongoing 11 th session of the 13 th National Assembly.

On March 31, National Assembly Vice Chairwoman Nguyen Thi Kim Ngan was elected as the new Chairwoman of the NA and the National Election Council (NEC).