Foreigners who want to buy houses in Hanoi told to wait 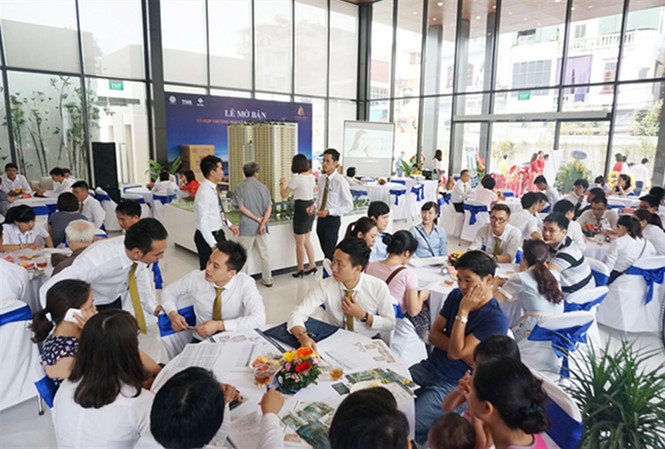 In early 2015, Trang An Complex, a high-end apartment project at No 1 Phung Chi Kien in Cau Giay district, was put on sale. A South Korean citizen came to see the investor and registered to buy an apartment.

However, the man as well as others are still waiting for the published list.

A representative of GP Invest, the investor in Trang An Complex, confirmed that none of the 800 apartments of the project has been sold directly to foreigners.

“Many foreigners contacted us, but we cannot sell to them in person,” he said.

Some trading floors in Hanoi confirmed that foreigners who buy houses in Hanoi have to register their houses under the names of acquaintances or their husbands or wives who are Vietnamese citizens.

Hoang Minh Cong from Info real estate trading floor also said that, though the 2014 Housing Law loosens the conditions for foreigners to buy houses, the number of buyers remains modest as it’s unclear which investors can sell to foreign buyers.

“There is plentiful supply and we will be happy if we can sell our products to foreigners,” the director of a real estate firm said.

“We are in a dilemma now. If we don’t sell now, we will lose opportunities. But if we sell now, we may have to pay back money to buyers and compensate later if our projects are not allowed to sell to foreigners,” he said.

According to the Hanoi Construction Department, there are no official statistics about the number of foreigners who have bought houses. The reports about sales to foreigners released so far are just from market analysis firms and project developers, not from state management agencies.

“Local authorities still have not made public the lists of projects and areas to be sold to foreigners,” he explained.

Under Decree 99 that guides the implementation of the Housing Law, the Ministries of National Defence and Public Security must identify the restricted areas for national security in every locality, and local authorities will release the lists housing projects can open for foreigners and the percentage of apartments in every project to be sold, based on information from the ministries.