Franchisees have to go the thorny path to success

VietNamNet Bridge – There has been no success story about the secondary franchising in Vietnam, according to experts.

VietNamNet Bridge – There has been no success story about the secondary franchising in Vietnam, according to experts. 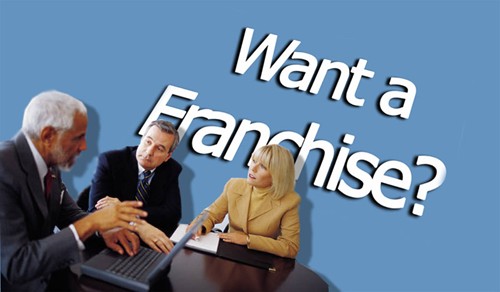 According to the Ministry of Industry and Trade’s information portal, 200 brands have entered Vietnam under the mode of franchising. Of these, 120 brands have been doing business in chains, mostly found in the business fields of café, fast food, restaurant, retailing, children education.

In principle, the companies that get master franchisee licenses will establish a model business system in the domestic market, and later will expand their networks by developing sub-franchise systems.

However, experts have noted that to date, most of the franchisees have been expanding their networks by setting up more shops of their own, rather than developing the sub-franchise systems. There has been no success story about the secondary franchising.

Harish Babla from Franchising Strategic, the strategic consultancy partner of nhuongquyenvietnam.com, noted that the problem needs reconsideration, because this is the biggest barrier that hinders the development of the franchising industry in Vietnam.

Nhuongquyenvietnam.com, after surveying the 25 companies which are the master franchisees of the world’s big brands in HCM City, has found that 70 percent of the companies don’t want to expand their business though the sub-franchising. They believe that it’s easier to “do it yourself,” which means developing the shops of their own.

The managers of the companies said that it will be very difficult to control the partners – franchisees, which makes it impossible to maintain the consistency in the quality of services.

The other 30 percent of companies said they are wiling for sub-franchising, but they don’t know where they should start from.

The survey has also found out that most of master franchisees meet difficulties in seeking the personnel with deep knowledge on franchising to be able to establish professional franchising systems.

Meanwhile, analysts have pointed out that by opening more shops of their own, the franchised companies cannot save the operation expenses. This explains why no franchised chain in Vietnam has made profit.

The analysts also said this is the common problem in the Asian markets in their early stages of development. In the future, master franchisees would realize that the sub-franchising would be the best solution for a long term development.

Another popular problem is that most of the master franchisees gather their strength on the operation of their own shops, instead of managing the business as the representative of the brand in the domestic market.

99 percent of the chains in the world have been developing under the mode of franchising or business licenses. Experts believe that Vietnam will not stay outside the trend, because the franchise model ensures profits for the companies.

The biggest barrier for the franchised chains in Vietnam is the lack of experiences to develop the networks and choose the right partners for franchising.