From village student in Vietnam to famous scientist in Australia 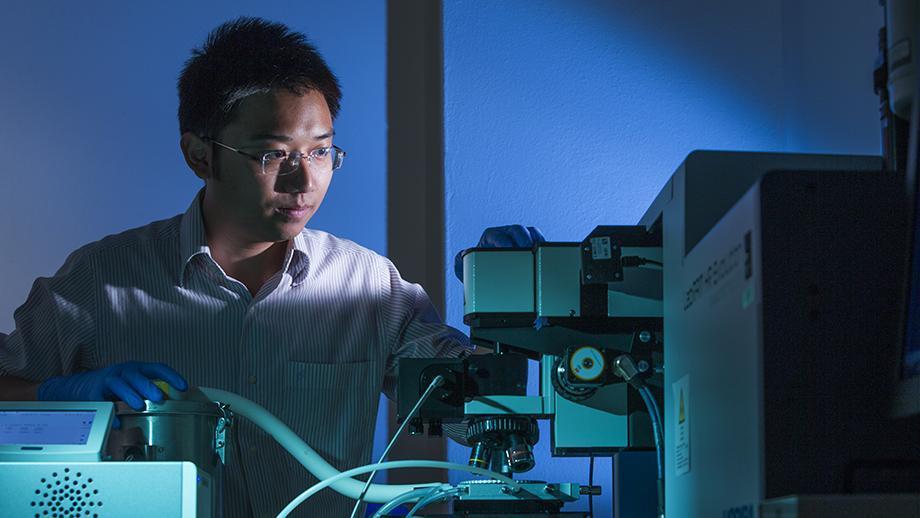 In early 2021, his research team obtained a grant of 1 million AUD, or VND17 billion, for a project on development of next-generation solar panels.

Since 2016, the total grant money he has received as leader or co-leader of projects amounts to 6.8 million AUD, or VND115 billion.

He has been honored at the Golden Globe Science and Technology Awards in the field of new material technology.

Born and raised in An Giang province, Hieu said though he was a village student, he still dreamed of entering a prestigious university.

When he was in 12th grade, he won third prize at the national competition for excellent students majoring in math. After that, he passed the entrance exams to the class for talented students at the HCM City University of Technology (HCMUT) with the score of 29.5 out of 30.

With great efforts, Hieu became one of the three most excellent students of the faculty after he finished the second year and then obtained a full scholarship to study at the University of Portland in Oregon, the US.

Hieu said the first two years at HCMUT gave him a firm foundation and he did not have any difficulty when continuing studying in the US.

He appreciated the schooling environment in the US, which helped him a lot in his study and research.

“If you have questions, you can make appointments with teaching assistants to receive answers. Machines and learning aids are also good, very useful for my study and research,” he recalled.

However, Hieu also had a few problems. Because of his poor English skills, Hieu’s opinions were not appreciated that much during discussions.

“That was the driving force which made me make a great effort every day,” Hieu said. “Instead of returning home at 5-6pm, I spent the evening and weekends working at the lab.”

He understood that as an international student, he needed to do more than natives.

After one or two semesters, his learning records improved.

In 2012, he got a full scholarship to study for a doctorate at ANU majoring in semiconductor material for solar panels. During the study for the doctorate, he was the first author of 10 articles published on international journals, a record for anyone at the faculty so far.

“Ten years ago, finding a new source of energy to replace traditional fuels was a burning issue. With fundamental knowledge in semiconducting technology, I believed that the direction would bring many benefits in the future,” he explained.

While most researchers focused on seeking solutions to improve the quality of the core of solar panel, Hieu was concerned about improving the upper thin film of the cell to increase efficiency. His research team focused on measurement methods from the very beginning to detect faults in solar panel.

The measurement method invented by the team is now being used by many universities and research institutes, including New South Wales and Sydney University, and the National Renewable Energy Laboratory (NREL).

Most recently, Hieu and his co-workers at ANU have created a method to increase the efficiency of the solar panel’s light-to-electricity conversion by improving the quality of material components, helping them bond with each other and receive more sunlight.

Since 2014, Hieu has had 72 publications in international journals. He is the founder and manager of two laboratories at ANU (Australian National University). According to Hieu, the biggest difficulty occurred with his first publications. His first article was refused twice, and so was the second. However, things became better later.

He also felt at a stalemate sometimes. When he finished studying for his doctorate in 2016, he didn’t know what he would do next. But, finally, he set up his research team.

Asked about the future, Hieu said he will conduct research on solar panels to exploit the potential of photovoltaics as a clean, affordable and sustainable energy source.

Vietnam in top 10 countries with high achievements at 2021 Olympiads

The Ministry of Education and Training (MOET) on December 18 organized a ceremony to honor students winning prizes at international Olympiads and international science and technology competitions.

Research results on innovative equipment systems for production of silage as animal feed by five Hanoi students has been included in the Vietnam Yellow Book of Innovation 2021.