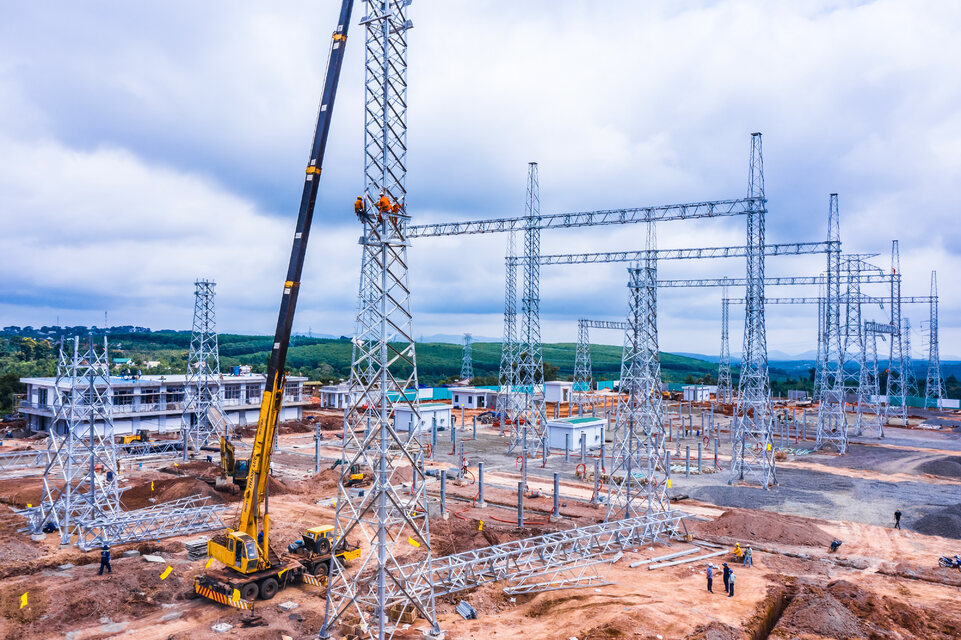 At 8 pm, the sales room of Melya, a fashion group, was still lit. It was the working shift of the online sales team. In addition to expanding its showroom network, the company has been expanding online sales over the last two years. The revenue from online sales has surpassed sales from offline stores.

A representative of the company said there always exist ‘opportunities’ in ‘danger’. The diversification of sale channels has helped the company’s revenue continue growing despite Covid-19. Some collections sold out right after they were introduced, before products officially hit the shelves.

The Covid-19 pandemic has hit businesses hard. Many businesses still struggle to overcome difficulties, both fighting the pandemic and maintaining production and business to contribute to the country’s GDP growth.

Trung Nam Group is running a series of wind power projects, located from Central Highlands towards the South, in Tra Vinh and Ninh Thuan. Ensuring safety against Covid-19 has been a top priority at the group, because any minor risk would be enough to put the group in danger.

A representative of the group said in order to be sure that projects can run on schedule, the company measures body temperature twice a day and distributes protective masks and sanitizer to workers.

Spraying to disinfect the entire project management areas is implemented regularly. Offline meetings gather no more than 15 attendants and have to sit at a certain distance from each other. There is always diluted salt water with ginger for workers to gargle twice a day.

“We strictly prohibit workers to gather at cafes and restaurants in the localities during the pandemic,” he said.

The great efforts made by enterprises helped Vietnam gain impressive GDP growth rate of 5.64 percent in H1, according to the General Statistics Office (GSO). The figure is much higher than the 1.82 percent in H1 2020.

Huynh The Du, a respected economist, wrote on his personal page that the figure truly reflects the Vietnam’s economy with economic activities not much different from the time before the pandemic outbreak.

Unlike many other economists, Du gave positive comments about Vietnam’s economy in the context of the pandemic. Of course, the viewpoint of the economists faced disagreements.

At the press conference organized by GSO on June 29 afternoon, many reporters raised the same question that if the statistics are ‘abnormal’.

In reply, a GSO representative gave statistics about the growth of industries to prove that the reported 5.64 percent GDP growth rate truly reflects the real situation.

“Enterprises have taken initiative in adapting to the new circumstances to maintain production and business,” he explained.

The figures about state budget collection can also give the answer to the question if the reported GDP growth rate is reasonable.

However, there was still a dark part on the picture of the economy. More than 70,000 businesses temporarily stopped their operation, stopped operation while following procedures to get dissolved or completed the procedures for dissolution. Meanwhile, millions of workers have been affected by the pandemic.

According to the General Department of Customs (GDC), the total export value of foriegn invested enterprises (FIEs) had reached $105.82 billion as of June 15, an increase of 35 percent, or $27.43 billion over the same period last year, which accounted for 73 percent of the country’s total export turnover.

The figures showed a big problem related to the growth quality.

While GNI more truly reflects the income of a country within a month, or a year, GDP growth is sometimes out of rhythm with people's living standards and income.

One of the reasons behind this is the heavy reliance on foreign invested enterprises. Most of the profits come to FIEs’ pockets, while Vietnamese can earn modest added value.

A survey on people’s living standards in 2020 conducted by GSO in late May 2021 found that the average income per capita in 2020 was VND4.23 million a month. In Binh Duong, the province with the highest income per capita, the figure was VND7 million only.

This explains why millions of people have struggled as businesses suspended operation, shops shut down and prices escalated after the pandemic emerged.