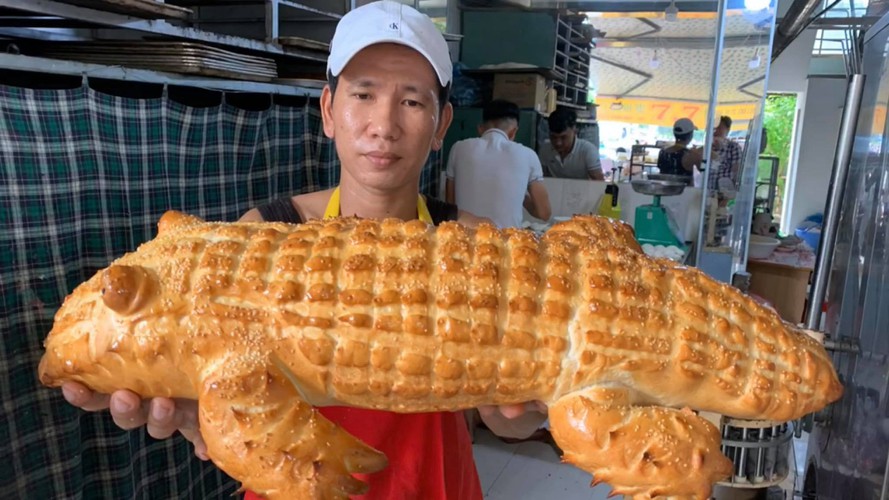 Nguyen Thanh, owner of the bakery, states that his original plan was to create batches of enormous bread for display purposes only, although local people quickly took a liking to his creation, leading to the products selling out each day. 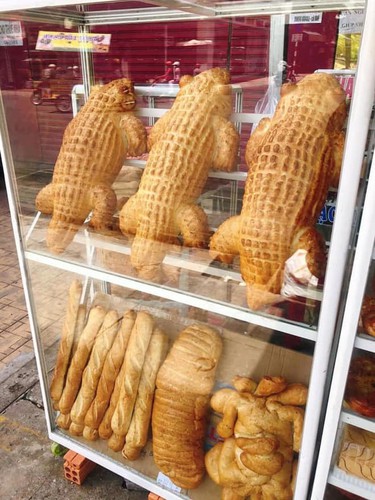 A single giant crocodile-shaped loaf of bread is sold at VND50,000. 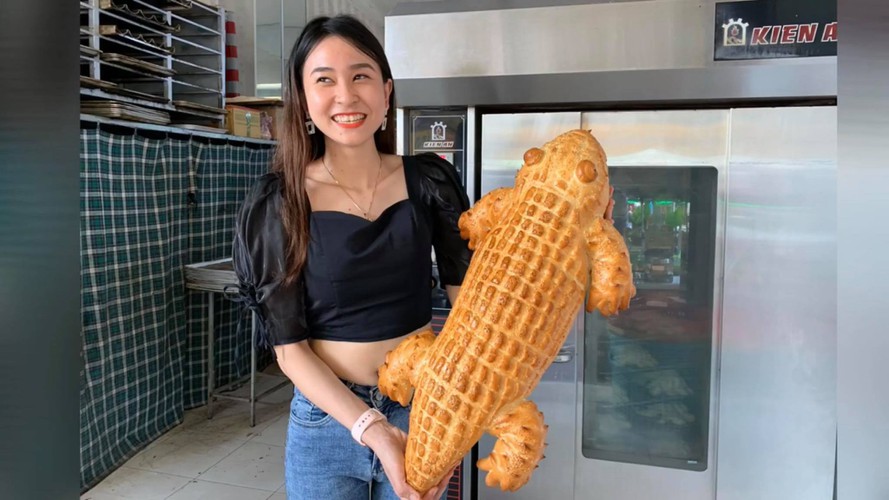 Due to the size of the bread, one batch is enough for up to five people.

Chefs typically spend three hours a day baking a total of six loafs of giant bread. Normally around 50 batches are consumed each day, although on busy days this number can rise to 100 in a single day.

In the past, the one-metre long bread of An Giang province caught the eye of global media outlets after being named as one of the world’s most bizarre foods.

Cyprus-based travel site Brightside released a list of the 15 strangest foods worldwide this year, with the metre-long, three kilogram bread from the Mekong Delta province of An Giang being named among them.

According to local bakers, the giant bread from An Giang province costs VND50,000 per loaf, and typically takes an hour to roast in the oven. 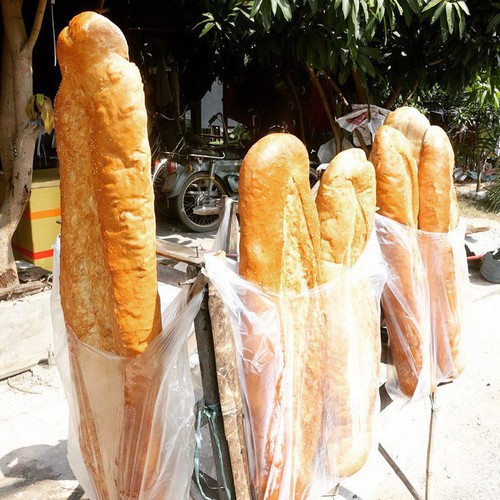 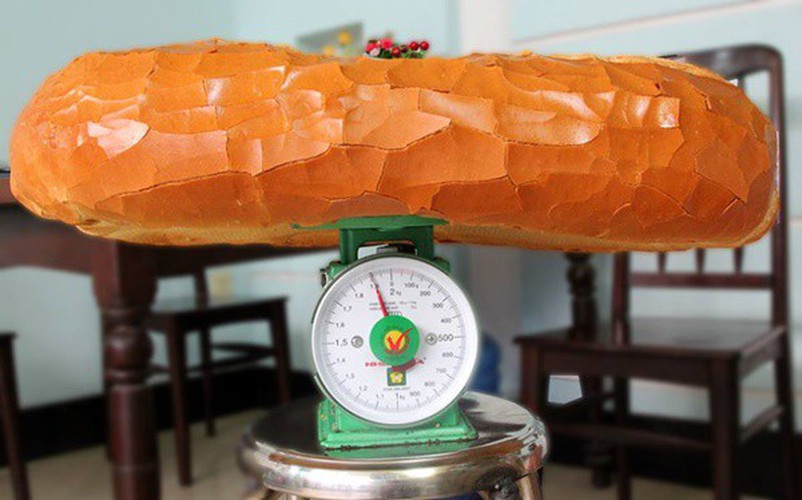