Deputy Minister of Industry and Trade Dang Hoang An has asked localities to compile the lists of wind and solar power plants in their areas. 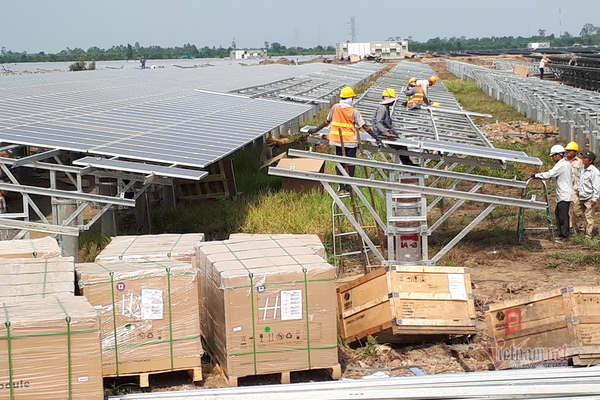 The Ministry of Industry and Trade (MOIT) is now checking the implementation of the National Electricity Development Plant in 2011-2030 with a vision towards 2030 (amended Plan VII). The ministry has asked people’s committees of cities and provinces to check solar, wind power and hydropower projects listed in the plan, including operating projects and those not operating as of February 2022.

MOIT asked to compile statistics of solar, wind and hydraulic power projects, assess their operation and show any problems.

The ministry has also asked to list the wind, solar and hydraulic power projects named in the plan that have not been put into operation. The expected operation needs to be updated.

The ministry asked to explain why the projects have not become operational, such as problems in land use, technical infrastructure, investment capability or financial capability. Also, it wants to see suggestions for the implementation of the projects (replacement or removal if necessary).

Previously, the Government Inspectorate issued a decision on inspecting the observance of policies and laws in the management and building of power works in accordance with Plan VII and amended Plan VII.

Vietnam has recently witnessed a boom in solar and wind power projects, with the real capacity of projects far exceeding the capacity stipulated in Plan VII and amended Plan VII.

The overdevelopment of solar and power hydropower projects has led to overloading of the transmission network. Some solar and power plants cannot sell 100 percent of their output to the national grid.