Under a new decree, used auto imports will have no way to enter Vietnam because of high tariffs and strict requirements on maintenance services, creating a golden opportunity for domestic automobile manufacturers.

VietNamNet Bridge - Under a new decree, used auto imports will have no way to enter Vietnam because of high tariffs and strict requirements on maintenance services, creating a golden opportunity for domestic automobile manufacturers. 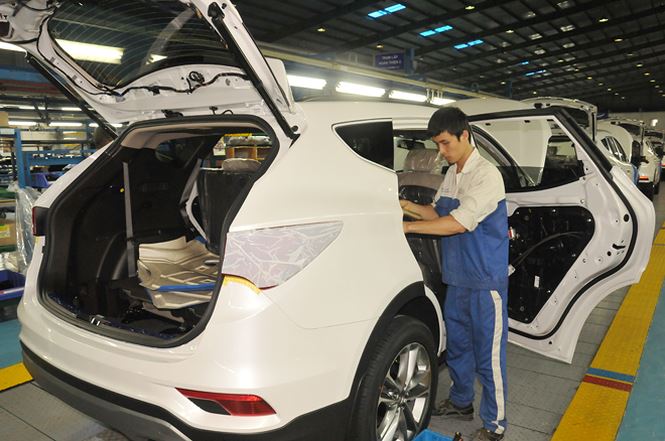 MOF aims to encourage the development of automobile industry

Passenger cars with nine and fewer seats and capacity of no more than 1000cc will bear a fixed tax rate of $10,000 per car.

The passenger cars with cylinder capacity of 1000cc and more and with 10-15 seats will bear mixed tariffs, to be calculated as follows:

Analysts estimate that the new way of taxation will increase the selling price of used cars by hundreds of millions of dong. In some cases, used car prices will be even higher than brand-new cars of the same kinds because of higher tax.

However, with the new tax rate, the cost price would be $15,000. And counting other expenses, the selling price of the used car would be $23,000, or VND600 million.  Meanwhile, a brand-new car of the same kind is sold at VND500 million

According to Nguyen Thi Thanh Hang, deputy director of the MOF’s (Ministry of Finance) Tax Policy, the new policy aims to ensure benefits to the state, enterprises and consumers.

Prior to that, the government released Decree 116, setting up strict requirements on manufacturing, assembling, importing and maintenance services.

Meanwhile, Tran Ba Duong, chair of Truong Hai Automobile, said the Decree 116 aims to protect consumers rather than domestic manufacturing, especially in the context of poor transport infrastructure and high number of accidents.