Sustainable tourism on the basis of green tourism is the path for Vietnam to go in the next 10 years, experts say.

Vietnam is one of the 10 countries with the highest ratios of coast length to territory area. It has 3,260 kilometers of coastline and 2,360 rivers. 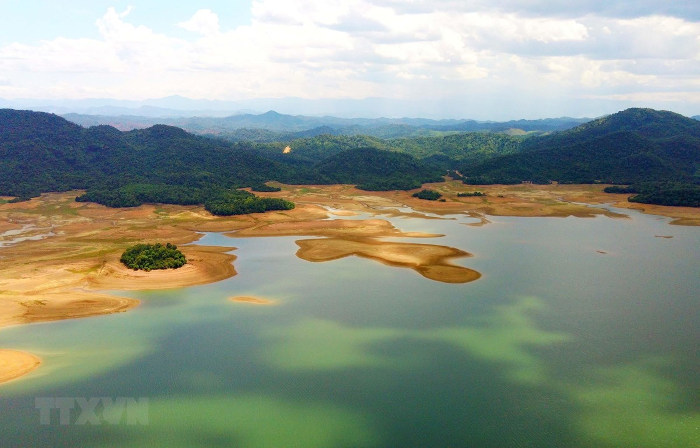 If someone throws away an empty bottle even in mountainous provinces such as Dien Bien, Lai Chau, or Ha Giang, Dak Lak or Kon Tum, the bottle will possibly end up in the sea.

According to UNWTO (the World Tourism Organization), Vietnam is one of the 10 fastest growing tourism markets.

The Vietnam Annual Tourism Report 2018 showed that the growth rate of foreign travelers was 22.9 percent, much higher than the average 5-6 percent in the world.

Vietnam has become a ‘hot spot’ for travelers, but it has not prepared infrastructure development and is facing a lot of problems, including the overloading of hotels, restaurants and entertainment facilities.

The tourism industry has entered hot development, while the control system run by state management agencies cannot catch up. As a result, many service providers ignore regulations on waste treatment systems.

Meanwhile, plastic bags, bottles and other plastic itemd are dispersed at tourist sites. This may affect the national tourism image.

Since 2017, travelers to Hoi An ancient town have enjoyed a new tour provided by Hoi An Kayak Tourism Company – rowing on kayak together and picking up waste from the Hoai River.

With the fee of $10, travelers have four hours of kayaking, sightseeing and collecting waste.

Hoi An is one of the localities pioneering measures to mitigate plastic waste and build a friendly tourism environment.

Sapo Hoi An restaurant has been converting 300 liters of used vegetable oil into soap for kitchens instead of discharging the oil into the environment.

Since the end of 2018, An Nhien Farm has recycled 300 kilograms of disposable soap and 1.5 tons of white cloth into useful things.

Some 65.7 million more people will live in urban areas in Vietnam by 2050, and this represents investment opportunities worth up to US$80 billion for the nation’s green construction sector over the next 10 years.

Developers are moving towards sustainable development by promoting green apartment buildings but there are issues to surmount.