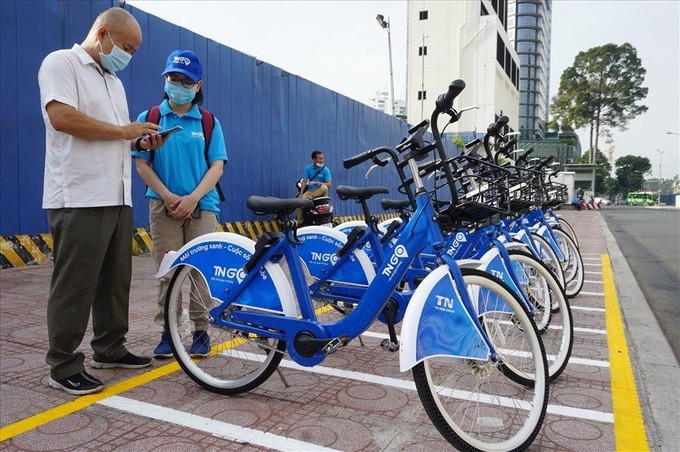 Hanoi People's Committee has asked the Transport Department and authorities in these six districts to prepare for the implementation of the pilot programme before December 15.

During the pilot programme, a total of 1,000 bicycles, half of which are electric, will be put into operation at 94 rental spots. The project will cost around VND30.2 billion (USD1.21 million).

Monthly and yearly tickets will be available. Rentals can be paid through bank transfer and e-wallet.

During the pilot period, Tri Nam Group, the investor of the project, will get permission to use the pavements free of charge to help the service, the transport department said.

The public bicycle-sharing service has been piloted in HCM City, Vung Tau and Quy Nhon cities, and northern Hai Duong Province. The model, which is an attempt to minimise the use of private vehicles, ease traffic congestion and protect the environment, has been warmly welcomed by both locals and tourists.

Hanoi has also given the green light to the pilot of an electric two-wheeler sharing model to facilitate the transit of bus rapid transit passengers.

The pilot project is one of the measures to strengthen the management of road vehicles in a bid to reduce traffic congestion and environmental pollution in the capital city.